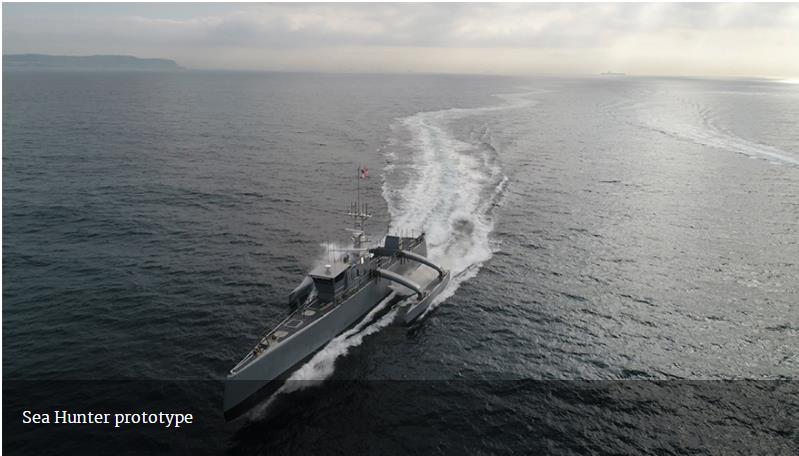 A new campaign plan focused on developing unmanned systems for the Navy will be released in the coming weeks, the chief of naval operations said Jan 11.

The plan — which focuses on air, surface and undersea platforms — will guide the service as it works toward a goal of having a quarter of its fleet be made up of unmanned platforms in the next 10 to 15 years, said Adm. Michael Gilday.

Gilday offered few details about the new plan but said unmanned vehicles will offer the Navy an advantage in intelligence, surveillance and reconnaissance gathering, add depth to its artillery and give the service the ability to operate inside of highly contested areas. Unmanned vessels also provide the service with affordable solutions as it works to grow its fleet, he noted during remarks at the Surface Navy Association’s annual conference which was hosted virtually this year due to the ongoing COVID-19 pandemic.

“By the end of this decade, we must deliver on unmanned,” he said. “We need a hybrid fleet of manned and unmanned systems capable of projecting larger volumes of kinetic and non-kinetic effects across all domains.”

Additionally, the service will need its sailors to be adequately trained to operate confidently alongside unmanned sea platforms, he said.

Success in the development of unmanned platforms will require a strong partnership with industry, Gilday said.

“There is no time to waste,” Gilday said. “Our actions in this decade I believe will likely set the maritime balance of power for the rest of the century.”

The unmanned systems plan comes as the Navy is working to grow its overall fleet. In December, the Trump administration released a new long-term shipbuilding plan aimed at boosting the capacity and capability of the Navy’s fleet.

Unmanned platforms are a key component of the blueprint for fiscal years 2022-2051.

For the future years defense program in fiscal years 2022-2026, the blueprint calls for providing a total of about $4.3 billion for 12 large unmanned service vessels, one medium unmanned surface vessel, and eight extra-large unmanned underwater vehicles.

Additionally, plans call for procuring 82 new manned vessels over the next five years at a cost of $147 billion.

The effort comes at a time when both China and Russia — which the 2018 National Defense Strategy identified as great power competitors — have continued to undermine the free and open conditions of the sea, Gilday said.

“Both unlawfully claim sea-based resources outside their home waters, both nations intimidated their neighbors with the threat of force,” he said. “Both have constructed networks of sensors and long-range missiles, that hold important waterways at risk and now both are attempting to turn incremental gains into long-term advantage.”