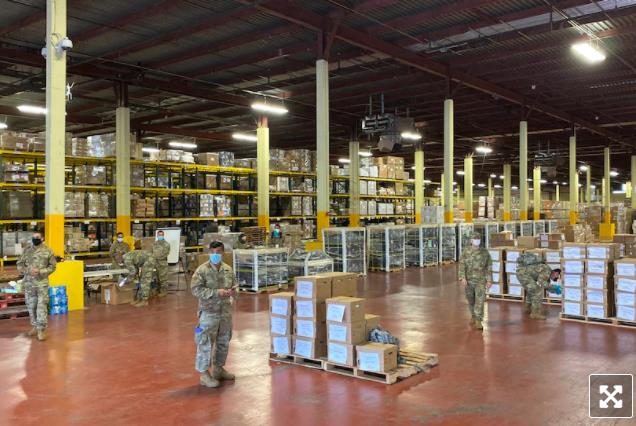 DOD Aims to Bring Industrial Base Back to U.S., Allies

While the defense industrial base is healthy, there are single points of failure and dependencies on overseas suppliers that must be addressed, the undersecretary of defense for acquisition and sustainment said.

“Over a period of years, we have offshored many, many sources of supply,” Ellen M. Lord said during an online discussion Thursday with the Hudson Institute. “It’s not for one reason; it’s for a variety of reasons, whether it be regulations, whether it be labor costs, whether it be government support of different industries.”

The deindustrialization of the U.S. over the last 50 years, the end of the Cold War and the focus it gave the U.S. on defeating the Soviet Union, digital technology and the rise of China have all created challenges to national defense.

In the newly released Fiscal Year 2020 Industrial Capabilities Report to Congress, Lord said the department looked into those challenges and their effects on the defense industrial base and proposed key actions to address them.

“What we did in this report was try to really capture those risks, look at the opportunities and come up with some specific steps that we can really take to reform how we go about looking at that supply chain and, in the endgame, really get capability downrange to the warfighter as quickly and cost-effectively as possible,” she said.First, Lord said, the U.S. must re-shore more of its industrial base — bring it back to the U.S. and U.S. allies.

“There are a couple [of] key areas there with shipbuilding, as well as microelectronics — fundamental to our capability,” she said.

Development of a modern manufacturing and engineering workforce along with a more robust research and development base is also critical. Declines in U.S. science, technology, engineering and mathematics education and industrial jobs hurt the ability of the defense industrial base to innovate, Lord said.

The department must also reform and modernize the defense acquisition process to better meet the realities of the 21st century, Lord said.

“We’ve started with a number of those, but there’s much further to go,” she said. “We want to make sure that our traditional defense industrial base is widened to get all of those creative, innovative companies. We know the small companies are where most of our innovation comes from, and the barriers to entry — sometimes to getting into the Department of Defense — are rather onerous.”

Lord said part of modernizing and reforming defense acquisition is the recently announced Trusted Capital Marketplace, which will match potential defense suppliers — many of them small companies that have never done business with DOD — with the investors they need to keep operating and innovating. The Trusted Capital Marketplace will vet investors to ensure foreign ownership, control and influence is nonexistent.

“We, as the government, I believe, need to work with industry to make sure that we diversify that industrial base and, also, that we much more quickly translate technological capability into features of current platforms and weapon systems, as well as incorporate it in new ones,” Lord said.