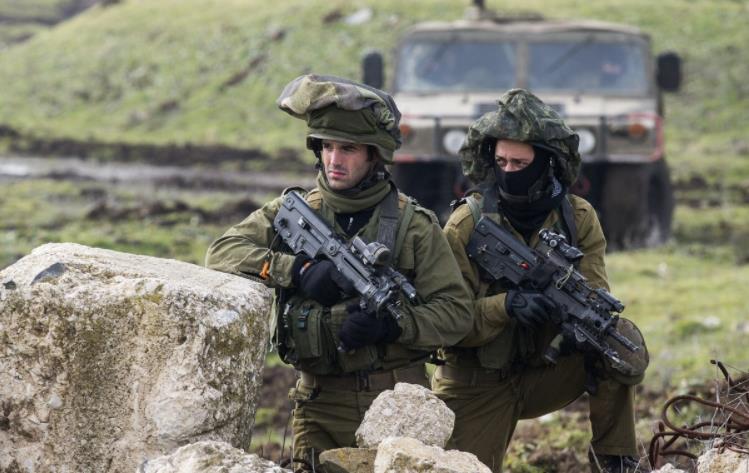 The Israel Defense Forces are moving to sync capabilities and modify units as part of its new multiyear plan that envision a multidimensional battlefield, an IDF official said in a background briefing with Defense News.

Israel’s new concept is meant to prepare the country for these transformations so it is ahead of its peers in terms of fielding technology. As part of this approach, Israel conducted its first multilayered integrated air defense drill in December 2020, and local defense companies, such as Rafael Advanced Defense Systems, are incorporating more artificial intelligence and automatic target recognition capabilities into their platforms.

When Israel talks about multidimensional maneuvers on the battlefield, the official said, it looks at how other armed services, like the U.S. Marine Corps, use a vast array of platforms and assets, moving beyond the idea of infantry, armor, naval and air forces as separate services. This is the most significant change currently taking place with the IDF, the official explained, and with as conscript-based military, the country finds it challenging to maintain that type of interdisciplinary approach.

Israel’s military is not only made up of conscripts but also a large reserve force, and the IDF is seeking to train those personnel the same way it does new recruits using the new doctrine and the latest technology. The official said the focus is now on the individual soldier, modifying the war fighter’s training and use of technology.

This is not about training troops on how to better conquer a certain hill, the official added, but rather looking at how restraints and demands have changed on the battlefield as well as how recruits have changed in terms of their technological experience. One specific restraint is time because soldiers serve as conscripts for only several years.

Because of the time constraint, Israel uses simulators and new technology to achieve better outcomes in war games and apply those findings for the next real conflict. The IDF has put many of its brigades through new simulators in the last year, and uses “Human Performance Optimization” to develop training through understanding neuroplasticity — the method of using tools to understand how the brain works, IDF officials explained during the briefing.

While Israel has state-of-the-art platforms in its new Sa’ar 6 warship and F-35 jets, platforms needed by ground forces for the future fight are yet to arrive, and land warfare challenges are distinct, the official explained. At the infantry level, the official said, the military needs to adapt to the skills of its young recruits.

In other words, while the infantry soldier still goes to battle with a rifle, today’s war fighter joins the army with experience in smartphones and other technology with which predecessors were unfamiliar. The IDF’s goal is to take the same rifleman and make that individual the platform itself, enabling the war fighter to directly use the latest technology.

Another challenge facing the IDF is the casualty count, like that seen in wars during the 1960s and 1970s, according to the briefing. That means the IDF wants a decisive victory but without the kinds of losses of the 1967 war, which saw Israel lose about 800 soldiers.

Israel knows its enemies understand this challenge and that current adversaries don’t face Israel head to head in a conventional conflict. Instead, militants sometimes use underground compounds and fight among civilians, seeking to strike at Israel’s weakest links.

One solution is Israel’s use of technology to find and expose enemies. This also means the individual soldier fighting small insurgent units must know his or her rifle is not the only weapon available — there is also instant access to air assets, ships and more. The idea is that the war fighter has all these capabilities within reach, so when that individual makes a decision of what and how to use, that technology is available with the click of a finger.

But minimizing civilian casualties is also a concern for the military. The IDF is faced with finding enemy forces in dense civilian areas. In response, the military is seeking munitions with improved precision.

Implementing these new concepts on the battlefield also means more drones and the use of computerized tablets, for instance. The official also said Israel is specifically focused on AI to enable technology to think and calculate different options that soldiers can exploit during multidimensional maneuvers, as well as rockets that can more precisely identify targets midflight using AI and electro-optics.