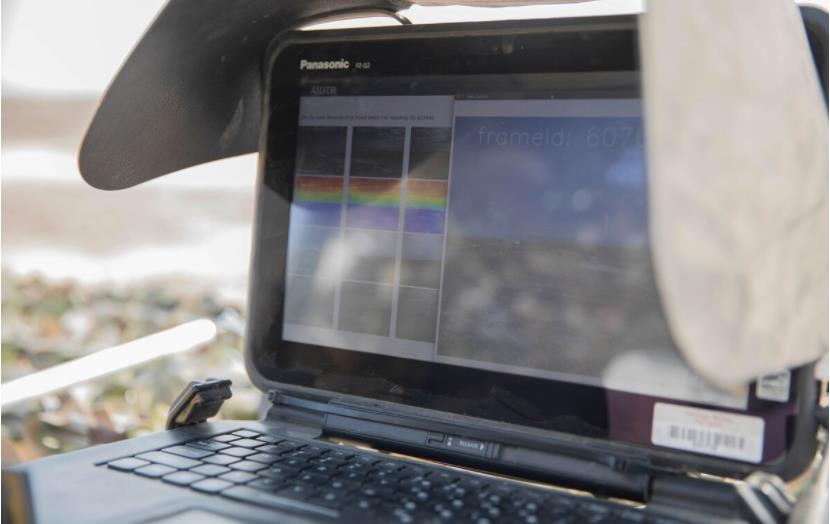 ABERDEEN PROVING GROUND, Md. — The U.S. Army’s experimental labs will serve as the central laboratory for integrating the military services’ disparate joint war-fighting systems as the services seek to connect sensors and shooters for future wars.

With each service developing its own concept for the Pentagon’s joint war-fighting plan, known as Combined Joint All-Domain Command and Control, the different branches will have to connect their systems and make sure they are able to communicate. The labs, run by the C5ISR Center at Aberdeen Proving Ground and toured by C4ISRNET, will provide space for the joint services to test how different platforms work together.

Top officials on the Joint Chiefs of Staff working on JADC2 gathered at APG with data leaders from all the services to make headway on developing common data standards so the disparate platforms can connect.

The APG labs will connect with other service labs across the country working on joint war-fighting concepts, which will be used to run experiments in virtualized environments once connected. All the connections with other laboratories to initiate work on joint mission threads should reach full operating capability this March, said Mike Monteleone, director of the C5ISR Center’s Space and Terrestrial Communications Directorate, in an interview at central testing site.

“All this is happening at Aberdeen, which is going to federate across our entire country to touch all the different laboratories and essentially enable an environment that, through the interconnectivity, we can run the end-to-end joint mission threads and burn the risk out of doing it for real live,” he said.

Those connections are important as the Army looks to include other military services in Project Convergence 21, a demonstration of the Army’s contributions to joint war fighting. The 2020 Project Convergence largely focused on connecting different Army assets, but in 2021 the service wants to connect the Army’s system with other services. Army officers working on Project Convergence have said that the Air Force, Marines and Navy have committed to participating this year.

“The intent is to continuously burn down risk as much as we possibly can until it’s actually time to set up out there,” Monteleone said, adding that the lab will test the same network that will be used in the field. “As one thing evolves in the laboratory, the field network evolves with it.”

To accommodate joint partners, the C5ISR Center is setting up new infrastructure at APG to accommodate increased demand for integration testing. The current lab, used also for testing of new technologies for the Army’s integrated tactical network, is too small for the new needs. New infrastructure, including servers and long rows of computer screens will be set up in a warehouse-like space.

The new environment also satisfies a need for a shared lab environment called for by Brig. Gen. Ross Coffman, who led Project Convergence and is the director of Army Futures Command’s Next Generation Combat Vehicle Cross-Functional Team.

“We’ve had tremendous success … getting the technologies out of the component-level laboratories and getting them into the systems of systems environment and putting them through their paces where they have to interact, not only with the other systems at a variety of different levels, whether it’s at the data level, at the networking level, or even the operator level of how they would use it,” Monteleone said. “But it’s also exposing those technologies in that kind of system, the system environment to understand the capability they may deliver to our war fighters.”

Lab work between the Army and the Air Force, facilitated by C5ISR Center labs at APG, has successfully established a data-sharing connection in one joint use case.

“That lab environment is going to be persistent for us to be able to touch the different partners in a safe, risk-averse, friendly environment so we can fail,” said Portia Crowe, chief data officer of the Network Cross-Functional Team.