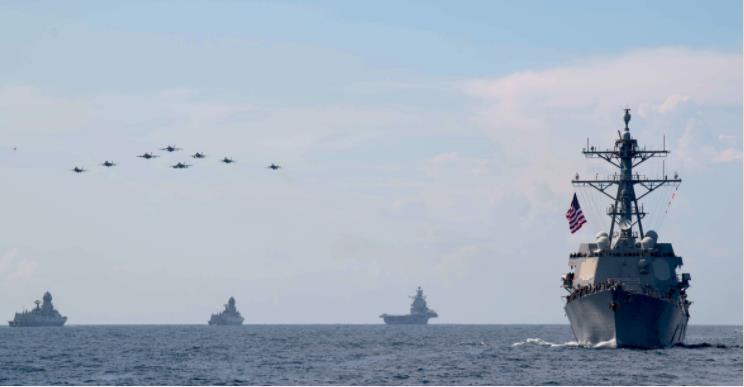 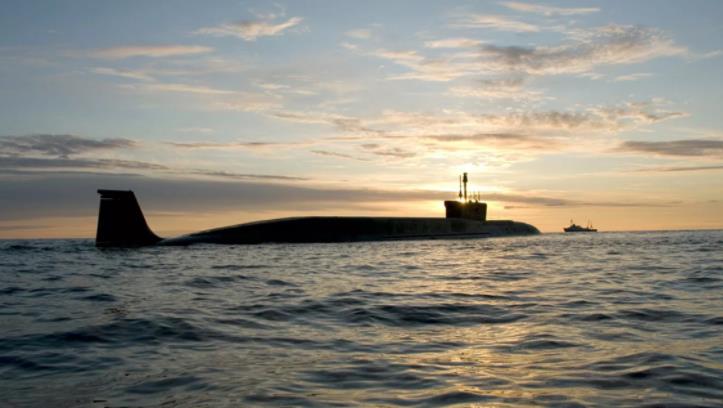 Transforming a loose network of U.S. allies in the Pacific into something more than an informal security relationship between four Indo-Pacific democracies is a goal for the Biden administration, its new national security advisor said Friday.

The foreign ministers of the so-called “the Quad” have also met to discuss shared challenges and ways they can work together economically, diplomatically and militarily as a counterweight to China. But so far, the arrangement remains far from a security alliance. One issue complicating an expansion of the arrangement is Japan’s post-World War II constitution, which limits military activity beyond homeland defense.

The United States is a treaty partner with Japan and Australia.

Looking back at his time as national security advisor in the Trump administration, Robert O’Brien called the Quad “most likely the most important relationship we’ve developed” since World War II.

He said, “the number one geopolitical challenge to the United States is China.” He called Beijing “increasingly nationalistic” with its crackdown on pro-democracy dissent in Hong Kong and Muslim Uighurs in western China. It also has “unrelenting global ambitions” stretching from the South China Sea to the Arctic.

China is saying the American “model doesn’t work,” according to Sullivan. Beijing is making “an explicit statement that there is an alternative to representative democracy,” pointing to its economic growth and the political turmoil that surrounded the American presidential election.

Sullivan said the United States needs “to be in lockstep with allies and partners.” This translates as democracies “we’re going to stand up for principle” who are willing to impose costs on China for flagrant violations of human rights and other nations’ sovereignty.

In this competition with China, the United States “needs to keep its technological edge” in artificial intelligence and quantum computing to show that it remains a power and a model.

While both said the recent transition was smooth and professional, the sharpest differences between the two administrations’ approaches to national security centered on what to do about Iran’s nuclear and missile programs and its continued meddling in other nations’ affairs.

“Iran’s nuclear program has advanced dramatically,” since the Trump administration pulled out of the international agreement limiting its weapons program, Sullivan said. He noted that was also the case with Iran’s build-up and modernization of its ballistic and cruise missile programs that accelerated when former President Barack Obama was in office.

The Biden administration has signaled that the United States is returning to the nuclear agreement, but also intends to push hard for renewed negotiations to include Tehran’s missile program and continued support of terrorist organizations from Lebanon to Yemen as part of the deal. Iran has already put aside some curbs to its nuclear program, including the enrichment of uranium.

The other nations part of the agreement are China, Russia, United Kingdom, Germany and France.

O’Brien said the Trump administration’s “maximum pressure” campaign worked in showing Israel that it was its ally in any potential conflict with Tehran. “We built political capital in Israel” by moving the embassy to Jerusalem and recognizing its claims to the Golan Heights on its border with Syria.

Related to that new arrangement, the United States has been able to draw down its forces in the Middle East — including Afghanistan — and to re-deploy them to regions like Eastern Europe. It also “boxes in China” from gaining access to Israel’s technology sector, while opening it to Arab states willing to recognize Israel.

“We still have to deal with the Palestinian issue,” O’Brien said. “There are a number of carrots and sticks on the table” for the Palestinians to choose from.

On Europe, O’Brien said, “there’s a lot of continuity … that crosses administrations” when it comes to relations with NATO allies and partners. Sullivan added that of all the economic, diplomatic and security arrangements the United States has, “none are more critical than the transatlantic alliance.” He said the United States wants to get on the same page as the Europeans in a modernized treaty alliance and relationship that recognizes changed circumstances. “It’s not as simple as getting on the phone. It’s going to take persistence” to overcome divides.

“The Germans are always a little bit different” from other European allies, Sullivan said. O’Brien pointed to Berlin’s closer “than we would like” economic relationships with Moscow and Beijing as examples. He added that the Germans “have incredible sway over Europe. That presents a bigger challenge than Brexit” for the Biden administration in the years ahead.

As for Russia, Sullivan said working out and broadening a new strategic arms agreement was at the top of his security agenda with Moscow. The administration “needs to deal with a [peer] nuclear power,” he said.

He, like O’Brien, said European allies have to know that Washington remains with them as it negotiates with the Kremlin over strategic arms. Sullivan said matters of major concern between Washington and Moscow include: the Solar Wind malware planted in government and private networks, its use of chemical weapons against opposition leader Alexei Navalny, bounties offered to the Taliban for killing American forces in Afghanistan and interference in U.S. elections.