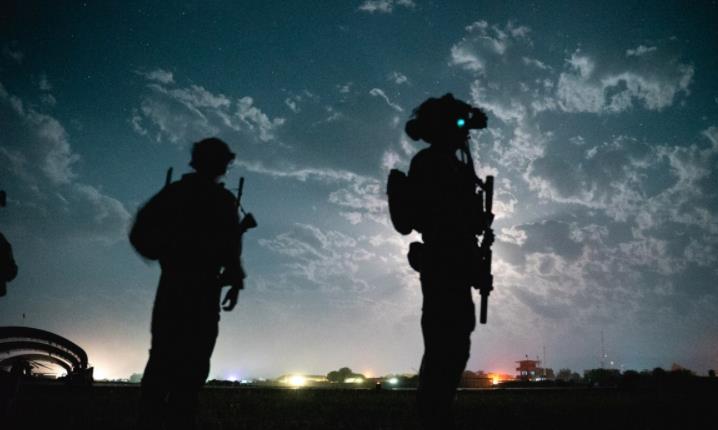 The Biden administration has the opportunity to institute reforms in several crucial areas at the Department of Defense.

First and foremost, it should eliminate the overseas contingency operations account. The continued justification for the OCO has reached the stage of parody. Originally intended for emergency spending in response to the attacks of Sept. 11, 2001, the account has transitioned into a slush fund designed to inflate spending at the DoD far above the baseline budget and for purposes unrelated to foreign wars.

In fiscal 2015, approximately 50 percent of OCO funding was for nonemergency items. An August 2019 Congressional Budget Office report noted that approximately 85 percent of funding for the OCO in FY20 and FY21 “is designated for base-budget and ‘enduring’ activities,” funding maintenance in support of foreign operations that will continue regardless of force size.

OCO spending has long outpaced the military’s presence in combat zones. In FY08, the U.S. deployed an average of 187,000 troops in Afghanistan and Iraq. OCO spending topped $187 billion that year, equating to $1 million per service member. The DoD currently has approximately 5,000 troops stationed in these countries, meaning the $70.7 billion in OCO spending in FY20 equates to $14.1 million in funding per service member — more than 14 times the amount in FY08.

With President Joe Biden unlikely to substantially increase the military’s footprint in Afghanistan and Iraq, outsized OCO spending will continue in FY21 and beyond, barring reform.

The DoD has received approximately $2 trillion from the OCO since 2001. Were it considered to be a federal agency, the FY20 OCO funding would make it the fourth largest, dwarfing spending at all other agencies except the departments of Defense, Health and Human Services, and Veterans Affairs.

The incoming administration must also expand efforts to make DoD finances more transparent and accountable. The bookkeeping is so abysmal that areas within the DoD have been on the Government Accountability Office’s list of programs at high risk for waste, fraud, abuse and mismanagement since 1995.

The financial black hole is nowhere more evident than in the DoD’s inability to pass a clean audit, unlike every other federal agency. On Nov. 16, 2020, the Pentagon announced that for the third straight year it failed its financial review. Progress has been incremental, with seven of 24 DoD agencies thus far producing clean audits. However, the DoD estimates that it will not be able to pass an audit before 2027, or 37 years after it was required to do so by law.

The DoD must also determine the replacement mechanism for the chief management officer position, which was the No. 3 civilian slot until it was eliminated in the FY21 National Defense Authorization Act.

Despite identifying $22.3 billion in savings between FY18 and FY21, legislators bowed to Pentagon pressure, distributing the duties and responsibilities of the role to various existing positions with far less authority.

The acquisition side is also a mess, including several infamous procurement disasters that epitomize the Pentagon’s systemic problems. The foremost example is the F-35 Joint Strike Fighter. The program has been under continuous development since the contract was awarded in 2001, and has encountered innumerable delays and cost overruns. Total acquisition costs now exceed $428 billion, nearly double the initial estimate of $233 billion. The total costs for the F-35 are estimated to reach $1.727 trillion over the lifetime of the program. On Jan. 14, 2021, then-acting Defense Secretary Christopher Miller labeled the Joint Strike Fighter a “piece of sh*t.”

Many of the problems with the F-35 program can be traced to the decision to develop and procure the Joint Strike Fighter simultaneously. Whenever problems have been identified, contractors needed to go back and make changes to aircraft that were already assembled, adding to overall costs.

Of course none of this has stopped the Pentagon from asking for Joint Strike Fighter funding, and members of Congress from supplying it, oftentimes exceeding the request from the DoD. This trend continued in FY20, when legislators added $2.1 billion in earmarks to fund the acquisition of 22 Joint Strike Fighters beyond the amount requested by the Pentagon, bringing the total amount of earmarks for the program to $8.9 billion since FY01.

Lastly, the Biden administration would do well to introduce some stability into Pentagon leadership. Every defense secretary brings to the job different priorities for the government’s largest bureaucracy. President Donald Trump burned through two confirmed and four acting secretaries, the most for any administration. President Biden should endeavor to reverse this churn.