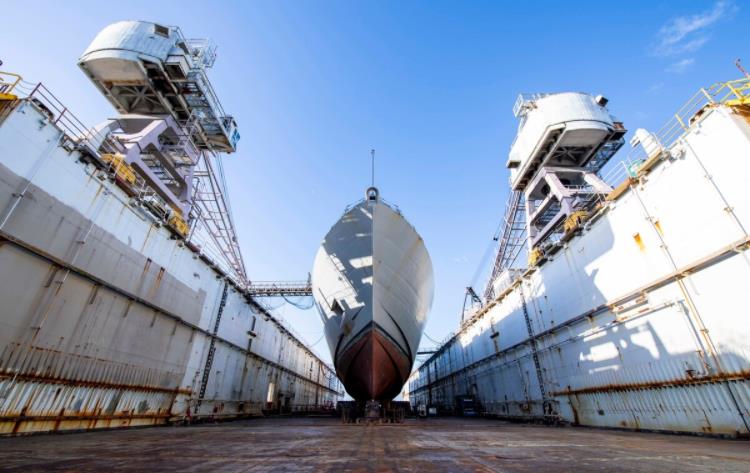 WASHINGTON ― The health of America’s defense industrial base ranks a middling “C” due to growing cyber vulnerabilities, a poor ability to surge production in a crisis, and political obstacles for defense budgeting, according to a lead defense trade group’s new study.

the defense industrial base entered the COVID-19 pandemic in a weakened state despite healthier marks for competition, profitability and demand.

The report, released Tuesday, graded eight performance areas from 0 to 100 for an average score of 74 for the year 2020. Government data firm Govini co-produced the data-driven report, which used the Pentagon’s 2018 assessment of the defense industrial base as a jumping off point.

“The defense industrial base is facing multiple headwinds: industrial security threats, flat future defense budgets, a shortage of skilled, cleared workers and decreased investments in the sciences that fuel U.S. innovation,” NDIA’s chief executive, Hawk Carlisle, said in a statement. “Add to these the increased regulatory burdens and barriers for new entrants, which continue to shrink both the number of companies that participate in the DIB and the number of new companies entering the defense marketplace.”

He added that the report, which makes no recommendations, ought to drive discussions as the Pentagon ramps up for competition with China and Russia.

Though the study predates both COVID-19 and the revelation that elite cyber spies have spent months secretly exploiting SolarWinds’ software to peer into computer networks, it raised alarms over industrial security. As data breaches and cybersecurity vulnerabilities both surged, industrial security overall showed “clear and continued deterioration,” ranking the lowest of all with a 56.

The industrial base’s ability to meet surge demand during a crisis received a failing grade of 66. Companies NDIA surveyed said that in the first 30 days, the industrial base could ramp up quickly but the rate of progress would slow soon thereafter; more than a 100 percent increase would take 180 days.

More than half of firms said the availability of skilled labor would be a factor in increasing defense production, and 16.5 percent said a gap in U.S.-based human capital was the most vulnerable part of their supply chain ― in part fueled by a security clearance backlog. The size of the defense industry workforce fell to about 1.1 million people from its mid-1980s peak of 3.2 million, the report said.

An analysis of public opinion, congressional action and regulatory action downgraded the “political and regulatory” outlook by 10 points since 2018 ― even prior to the pandemic and a related emphasis on domestic spending. A key factor was a new Cybersecurity Maturity Model Certification framework and its “additional regulatory burdens for all defense contractors,” the report said.

Also, public opinion in favor of defense spending saw its largest decline since the Reagan-era defense buildup of the 1980s: A Gallup poll found that 17 percent of respondents felt the United States is spending too little on national defense and military purposes, down from 25 percent in 2019 and 33 percent in 2018.