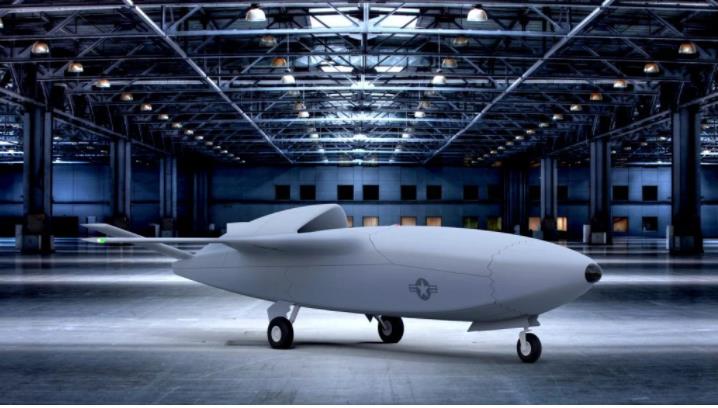 Skyborg Could Develop Multiple Drones For Many Missions

“I’m really excited about what Skyborg has accomplished, and what we have in store,” she told the Mitchell Institute today, noting that her Air Force Research Laboratory is partnering with the PEO for fighters and advanced weapons led by Brig. Gen. Dale White. “We’re really excited about that December demo because it was a first-ever kind of opportunity to show an ‘attritable’ as a force multiplier with fifth-gen aircraft.”

Pringle explained that while the Dec. 9 test wasn’t fully successful, it was incredibly useful from a research perspective. “We weren’t able to establish it in flight with the onboard communication gateway, but we still achieved achieved the objective, because we had a backup on the ground. And so the connections were made; we still got the job done.”

The test involved flying gatewayONE on the XQ-58A Valkyrie (now dubbed “attribableONE” by the Air Force and made by Kratos) to ‘translate’ between the incompatible machine codes of the F-35 Joint Strike Fighter and the F-22 Raptor.(‘Attritable’ is a made-up Air Force term for low-cost — but not quite throw-away’ — drones that the service can afford to lose in combat.)

GatewayONE — essentially a radio and antenna system put together by Lockheed Martin, Northrop Grumman and Honeywell — has been specifically developed under the service’s pivotal Advanced Battle Management System (ABMS) to provide that translation. But it was unable to properly connect during the December test at Yuma Proving Grounds in Arizona, thus a ground-based backup, proven in an earlier ABMS On-Ramp demo, was used instead.

Pringle explained that the Skyborg program, one of three AFRL Vanguard programs for rushing new capability to the field, has three parts: the low-cost drone; the “autonomous core system” serving as the drone’s ‘brain;’ and the on-going experiment campaign. Next steps will be more tests this year, she added, involving “multiple prototypes.”

AFLMC, the contracting agent for Skyborg, announced 24-month contracts for three competitors: Boeing, for $25.7 million; General Atomics Aeronautical Systems Inc., for $14.3 million; and Kratos Unmanned Aerial Systems Inc., for $37.8 million. AFRL said the next round of flight tests would take place this July.

Pringle noted that a key objective for the Skyborg program is keeping an “open architecture, and as much government data rights as we can get.” Another aim is to “allow the flexibility to adapt what Skyborg will be for the warfighters, and I think that will be an important part of the operational experimentation campaign.”

She explained that the goal is to test out how the three prototypes might undertake different missions, such as “comms relays, weapons delivery or any number of things they would want to use that trainable system.”

In her wide-ranging discussion, Pringle also addressed the status of another of AFRL’s ongoing Vanguards, the Golden Horde project designed to develop new ‘swarming’ munitions equipped with data links to communicate, chose targets (based on pre-programmed algorithms) and coordinate strikes against an array of targets, independently from the human pilot. That project, too, didn’t meet all of its objectives in its latest test, held Dec. 15.

“It was another great learning opportunity,” Pringle said. “On the positive side, nine of 13 test objectives were met — things like the network radios were working, as well as the inter-swarm communications … But, not everything went according to plan.”

AFRL and its partner in the program, the Weapons PEO led by  Brig. Gen. Heath Collins, are “still doing the analysis,” Pringle said. “We’re looking forward to two more flights this month, in fact, with four Collaborative Small Diameter Bomb weapons and and looking at time on targets to try and up the game a little bit.”

She added that she and Collins “have been reassessing what the overall long term scope is of this program, and what the end deliverable will be. A major component of that is building a digital architecture that will allow more testing of various kinds of collaborative technologies, and building in some containerized [software] solutions that could be more plug-and-play across weapons. I think ultimately that will allow a lot more flexibility, but I don’t really want to let too much out of the bag until Gen. Collins and I have another meeting in about a week. And together we’ll do the formal rollout and see what the final solution ends up being.”

Pringle wouldn’t be drawn about possible Vanguard programs that are being assessed now by the vice chiefs of the Air and Space Forces following the WARTECH Summit held in August.

“So, I can’t let the cat out of the bag until we get that final approval,” she said. She did say the new programs would be balanced between Air and Space Force priorities.

Pringle explained that the process for choosing Vanguards is a rolling one, as AFRL considers changing service priorities. “So, for example, next week we are meeting — we as at a lower level — with MAJCOMs and Air Force Futures leadership just to discuss what the next round of ideas will be, while the previous round continues to make its way. … Some of the areas that they’ve been looking at, as you know, are projecting power, logistics under attack, all-domain command and control and some of those traditional areas that Air Force Futures has been highlighting as necessary to get after.”