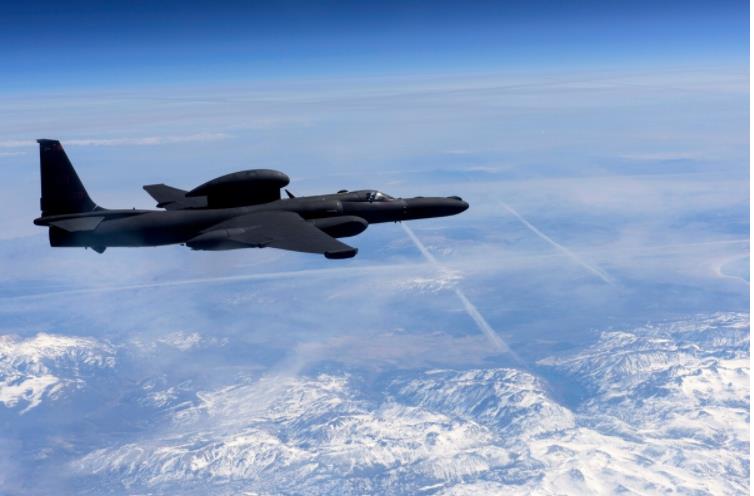 WASHINGTON — It started as a dare.

When Will Roper, then the Air Force’s top acquisition official, visited Beale Air Force Base in California last fall, he issued a challenge to the U-2 Federal Laboratory, a five-person organization founded in October 2019. The team was established to create advanced technologies for the venerable Lockheed Martin U-2 spyplane, and Roper wanted to push the team further.

“He walked into the laboratory and held his finger out and pointed directly at me,” recalled Maj. Ray Tierney, the U-2 pilot who founded and now leads the lab. “He said, ‘Ray, I got a challenge.’ We didn’t even say hello.”

Roper, a string theorist turned reluctant government bureaucrat who was known for his disruptive style and seemingly endless references to science-fiction, wanted the team to update the U-2′s software during a flight. It was a feat the U.S. military had never accomplished, but to Tierney’s exasperation, Roper wanted only to know how long it would take for the lab to pull off.

The answer, it turns out, was two days and 22 hours.

That task took a month, when an AI entity called Artuμ (pronounced Artoo, as in R2-D2 of Star Wars fame) was given control of the U-2′s sensors and conveyed information about the location of adversary missile launchers to the human pilot during a live training flight on Dec. 15.

Now, the U-2 Federal Laboratory is at work again on another undisclosed challenge. Tierney and Roper declined to elaborate on the task in interviews with Defense News. But Roper acknowledged, more broadly, that a future where AI copilots regularly fly with human operators was close at hand.

“Artuμ has a really good chance of making it into operations by maybe the summer of this year,” Roper told Defense News before his Jan. 20 departure from the service. “I’m working with the team on how aggressive is the Goldilocks of being aggressive enough? The goal is fairly achievable, but still requires a lot of stress and effort.”

In order to ready Artuμ for day-to-day operations, the AI entity will be tested in potentially millions of virtual training missions — including ones where it faces off against itself. The Air Force must also figure out how to certify it so that it can be used outside of a test environment, Roper said.

“The first time we fly an AI in a real operation or real world mission — that’s the next big flag to plant in the ground,” Roper said. “And my goal before I leave is to provide the path, the technical objectives, the program approach that’s necessary to get to that flag and milestone.”

Meanwhile, the team has its own less formal, longer-term challenge: How do you prove to a giant organization like the Air Force, one that is full of bureaucracy and thorough reviews, that a small team of five people can quickly create the innovation the service needs?

No regulations, no rules

During a Dec. 22 interview, Tierney made it clear that he had little interest in discussing what the U-2 Federal Lab is currently working on. What he wanted to promote, he said, was the concept of how federal laboratories could act as innovation pressure chambers for the military — a place where operators, scientists and acquisition personnel would have the freedom to create without being hamstrung by red tape.

Ultimately, that’s the problem the U-2 Federal Lab was created to solve.

As a federally accredited laboratory, the team is empowered to create a technology, test it directly with users, mature it over time, and graduate it into the normal acquisition process at Milestone B, Tierney said. At that stage, the product is ready to be treated as a program of record going through the engineering and manufacturing development process, which directly precedes full-rate production.

While that might sound similar to organizations the Air Force has started to harness emerging technologies, such as its Kessel Run software development factory, Tierney bristled at the comparison.

“We’re basically developing on the weapon system, and then working our way back through the lines of production, as opposed to a lot of these organizations like Kessel Run, which is developing it on servers and server environments,” he said.

That distinction is critical when it comes to bringing modern software technologies to an aging platform like the U-2, an aircraft that took its first flight in 1955 and is so idiosyncratic that high speed muscle cars are needed to chase the spyplane and provide situational awareness as it lands.

Because the team works only with the U-2, they understand the precise limitations of the weapon system, what its decades-old computers are capable of handling, and how to get the most out of the remaining space and power inside the airplane.

Besides Tierney, there are only four other members of the U-2 Federal Lab: a National Guardsman with more than a decade of experience working for IBM, and three civilians with PhDs in machine learning, experimental astrophysics and applied mathematics. (The Air Force declined to provide the names of the other employees from the lab.)

As the lone member of the team with experience flying the U-2, Tierney provides perspective on how the aircraft is used operationally and what types of technologies rank high on pilots’ wish lists. But what most often drives the team are the projects that can make the biggest impact — not just for the U-2, but across the whole Defense Department.

One of those projects was an effort to use Kubernetes, a containerized system that allows users to automate the deployment and management of software applications, onboard a U-2. The technology was originally created by Google and is currently maintained by the Cloud Native Computing Foundation.

“Essentially, what it does is it federates or distributes processing between a bunch of different computers. So you can take five computers in your house and basically mush them all together into one more powerful computer,” Tierney said.

The idea generated some resistance from other members of the lab, who questioned the usefulness of deploying Kubernetes to the U-2′s simple computing system.

“They said, ‘Kubernetes is useless to us. It’s a lot of extra processing overhead. We don’t have enough containers. We have one processing board, [so] what are you distributing against? You got one computer,’” Tierney said. But a successful demonstration, held in September, proved that it was possible for even a 1950s-era aircraft to run Kubernetes, opening the door for the Defense Department to think about how it could be used to give legacy platforms more computing power.

“We wanted to show that a team of five in two days could do what the Department of Defense has been unable to do in its history,” Tierney said. “Nobody helped us with this; there was no big company that rolled in. We didn’t outsource any work, it was literally and organically done by a team of five. Could you imagine if we grew the lab by a factor of two or three or four, what that would look like?”

The lab has also created a government-owned open software architecture for the U-2, a task that took about three months and involved no additional funding. Once completed, the team was able to integrate advanced machine learning algorithms developed by Sandia National Laboratories in less than 30 minutes.

The U-2 Federal Lab hopes to export the open architecture system to other military aircraft and is already in talks with several Air Force and Navy program offices on potential demonstrations.

Could the Air Force create other federal laboratories to create specialized tech for other aircraft? The U-2 lab was designed from the outset to be franchisable, but Tierney acknowledged that much of the success of future organizations will rest in the composition of the team and the level of expertise of its members.

“Can it scale? Absolutely. How does it scale is another question,” Tierney said. “Do you have one of these for every weapon system? Do you have just a couple sprinkled throughout the government? Does it proliferate en masse? Those are all questions that I think, largely can be explored.”

For now, it’s unclear whether the Air Force will adopt this framework more widely. The accomplishments of the U-2 Federal Laboratory have been lauded by Air Force leaders such as Chief of Staff Gen. Charles “CQ” Brown, who in December wrote on Twitter that the group “continue[s] to push the seemingly impossible.”

However, it remains to be seen whether the Biden administration will give the lab the champion it found in Roper, and continued pressure on the defense budget — and to retire older aircraft like the U-2 — could present greater adversity for the lab.

But as for the other challenge, the one Tierney and Roper didn’t want to discuss, Tierney offered only a wink as to what comes next:

“What I can say is that the future is going to be an interesting one.”