Missile Defense Agency needs to get back to its advanced tech roots, top US general says 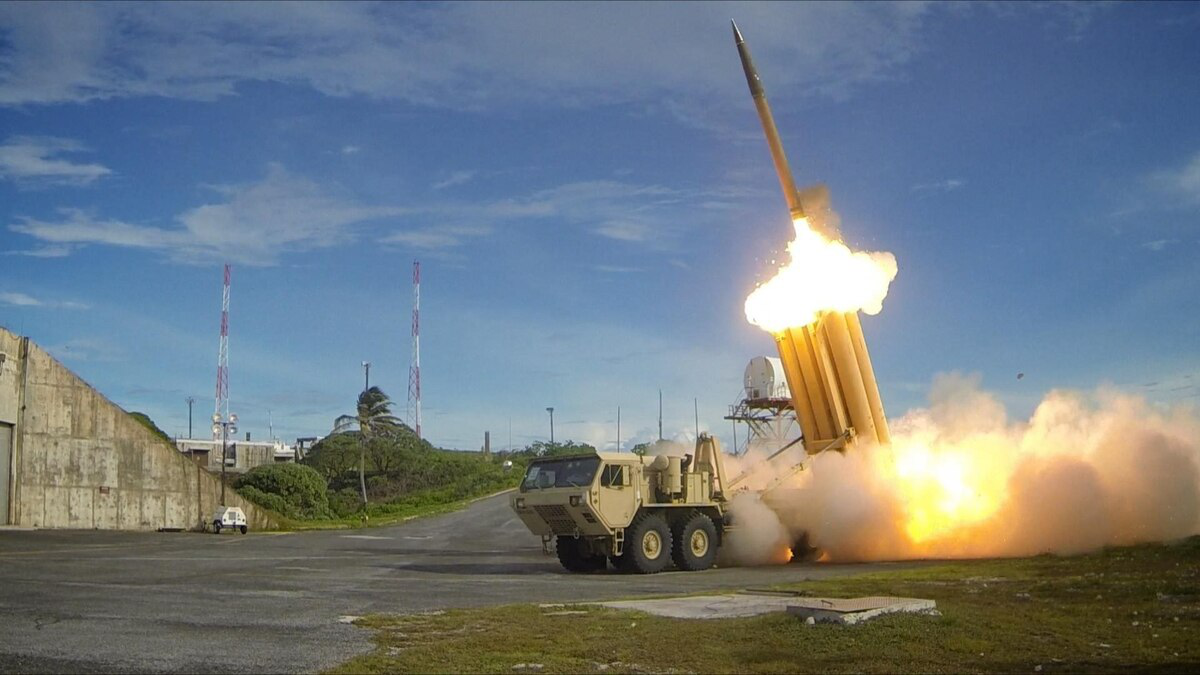 The first of two Terminal High Altitude Area Defense (THAAD) interceptors is launched during a successful intercept test. It has been an ongoing debate whether THAAD procurement and sustainment responsibility should be transferred from the Missile Defense Agency to the Army, which operates the systems. (Photo courtesy of the U.S. Army)

WASHINGTON — The Missile Defense Agency has drifted from an organization that researches and develops advanced technology toward one that focuses on procuring and sustaining fielded systems, but Gen. John Hyten, the vice chairman of the Joint Chiefs of Staff, wants the agency to get back to its original charter.

The agency’s budget request for fiscal year 2021 showed MDA was moving away from what it was originally tasked to do. For example, funding for procurement and sustainment grew across the MDA’s five year development plan from FY21 through FY25. And its top three unfunded priorities were all requests for additional procurement of existing systems.

“The initial structure, if you think about it, I think it was exactly right because MDA was supposed to focus on the new thing, the research and development, the new technologies, and if you break out the MDA budget that came out in the ’21 budget and you add up all the money that’s in the MDA, what you’ll find is most of their money is in production and sustainment,” Hyten said at the Center for Strategic and International Studies on Feb. 23. “That should be a normal process. What you really want for MDA is to focus on this next generation thing and next-generation interceptor and next-generation sensor, a next-generation architecture and next-generation capability and drive that piece there.”

MDA has “been forced to focus on the production sustainment of all these other capabilities, which make it very difficult for them to focus on the core mission. So I think the structure of MDA is absolutely correct. We just have to make sure we align their capabilities with their charter correctly,” Hyten said.

The MDA was created in 2002 to develop missile defense systems and then to transfer those systems to the services. This has worked for some, but not all, programs.

While the MDA has transferred programs such as moving Aegis Ashore to the Navy and Patriot air-and-missile defense systems to the Army, there remains a fear that programs will get cannibalized for other priorities. Some have criticized the Army for not doing enough to modernize Patriot capability, for instance.

MDA, for example, has not transferred the Terminal High Altitude Area Defense (THAAD) system to the Army because of this concern. The Army has long held a requirement for nine THAAD batteries but only recently received funding for eight and has had significant operational oversight of the system.

But, Vice Adm. Jon Hill, the director of the MDA, told Defense News that when he took over the job in 2019 he was opposed to the idea of transferring THAAD to the Army.
Sign up for our Early Bird Brief

“Why would we hand that off to the Army or Air Force, that sort of transfer to a service where it won’t be prioritized? They have many other priorities,” he said in an exclusive interview at the Space and Missile Defense Symposium in Huntsville, Alabama.

“I don’t like organizational experiments on programs that are delivering more fighting capability,” he added.

Other programs with operational oversight by the services that have yet to transfer include AN/TPY-2 radars and the Standard Missile-3 interceptor.

Congress has attempted to help push MDA toward its original charter in the past by trying to speed up the transfer process of programs to the services, but has met resistance.

Tom Karako, a missile defense expert at CSIS, noted in 2018 that instead of focusing on transferring programs to the services when they may not want them, “it may be better to stop, reassess and organize the whole missile defense enterprise in a comprehensive and sustainable way.”

Another possibility, Karako added, would be to transfer procurement authority out of MDA but not to the services but rather a new entity.

Karako also argued that MDA’s budget may need to grow beyond historical ranges of $8 to $10 billion a year in order to tackle both research and development and procurement and sustainment.

Agency leaders have an opportunity now to update the organization’s acquisition and funding plan for FY21 due to a congressional mandate asking MDA’s director for a refreshed version that better aligns with current missile defense priorities. Congress also injected $1.3 billion into MDA’s budget in order for the agency to properly pursue what is needed to meet its strategy.

The MDA might could also be empowered to work more quickly and productively on major technology advancements through a reinvigorated Joint Requirements Oversight Council (JROC) focus on developing joint requirements for integrated air and missile defense, Hyten said.

The JROC is tasked by law, Hyten said, to identify new joint capabilities based on emerging technologies and new concepts.

“What I’m hoping to do is actually enable the services and MDA to actually go much faster by defining joint requirements in joint terms that then allow the services and MDA to build capabilities to meet those joint requirements without having to come back over and over again to the JROC to ask for the validation of their service concept or service program because the joint side, the JROC, has already approved that concept as part of an overall thing,” he said.