Mitsubishi Heavy Industries (MHI) has launched the second of a planned fleet of 22 3,900 tonne-class multirole frigates for the Japan Maritime Self-Defense Force (JMSDF).

Named Mogami, the 133 m-long vessel (pennant number 1) entered the water in a ceremony held on 3 March at the company’s Nagasaki Shipyard & Machinery Works in Nagasaki Prefecture, and is expected to enter JMSDF service sometime in 2022.

Mogami is the first vessel of the class to be ordered by the JMSDF, although Mitsui E&S Group launched the Kumano (pennant number 2) in November 2020. Mogami was also originally scheduled to be launched last November but construction of the ship at the MHI’s facility in Nagasaki was delayed due to an issue with the frigate’s gas turbine engine. 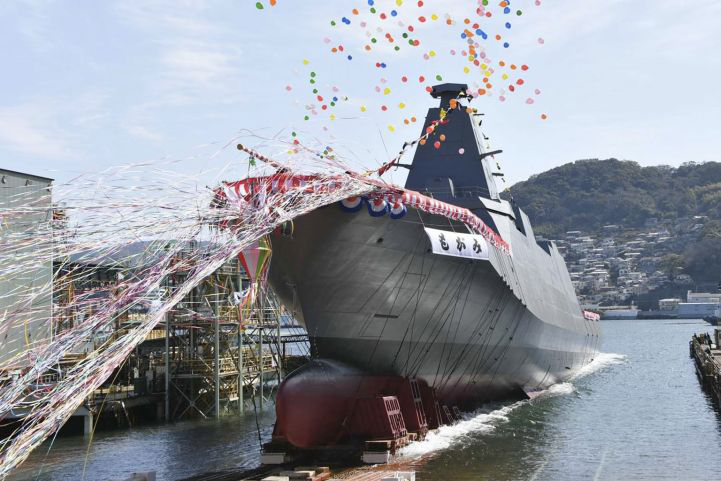 MHI launched Mogami , the second of a planned fleet of 22 3,900 tonne-class multirole frigates for the JMSDF, in a ceremony held on 3 March at the company’s Nagasaki Shipyard & Machinery Works. (JMSDF)

The JMSDF still regards Mogami as the first vessel of the class and Kumano as the second – based on production orders – meaning that the frigate class will be known as the Mogami class.

A JMSDF spokesperson told Janes the new frigate class will require fewer crewmembers and that, compared with other frigate classes, construction costs will be lower due to its compact size.