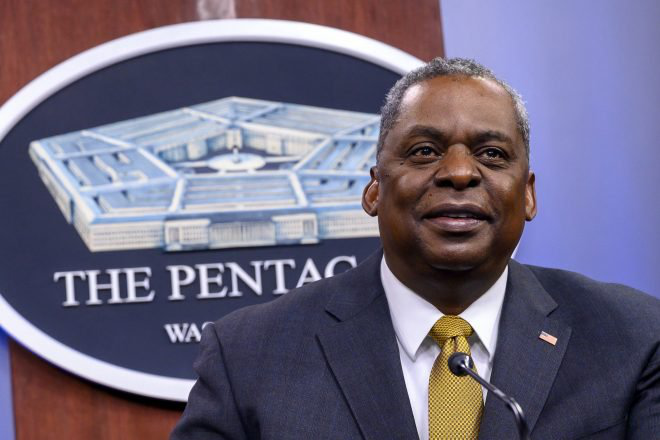 Secretary of State Antony Blinken said Wednesday that the United States was ready to confront China wherever necessary, calling Washington’s ties with the Asian power the “biggest geopolitical test” of the century.

In his first major speech, Blinken promised that President Joe Biden’s administration will prioritize diplomacy over military action and build cooperation with the world on global challenges such as climate change and Covid-19.

“We will manage the biggest geopolitical test of the 21st century: our relationship with China,” Blinken said at the State Department.

He vowed to champion the rights of Hong Kong and the ethnic Uighurs, saying that if not, “China will act with even greater impunity.”

“China is the only country with the economic, diplomatic, military and technological power to seriously challenge the stable and open international system — all the rules, values and relationships that make the world work the way we want it to,” he said.

“Our relationship with China will be competitive when it should be, collaborative when it can be and adversarial when it must be. And we will engage China from a position of strength.”

Blinken’s remarks come amid a hardening of views in Washington since the turbulent presidency of Donald Trump, who alongside his top diplomat Mike Pompeo made a hard line on China a signature campaign issue and castigated Beijing over the pandemic and trading practices.

Blinken has said he does not fundamentally disagree with Trump on China but believes the United States can be more effective — through working with allies and, in narrow cases, finding common ground.

“Strategic competition does not, and should not, preclude working with China when it is in our national interest to do so,” said an outline of Biden’s foreign policy released to coincide with Blinken’s speech.

“As we do, we will rally our allies and partners to join us, pooling our negotiating leverage and showing our collective power and resolve,” it said.

The strategy said that China’s leaders too often “behave aggressively and coercively” and vowed that the United States would “position ourselves, diplomatically and militarily, to defend our allies.”

The Biden administration also pledged to keep up US support for Taiwan, a self-governing democracy that is claimed by Beijing.

‘ CLEAR AND ACHIEVABLE’ GOALS FOR FORCE

Biden made an early debut as a war president last week by ordering an air strike in Syria against Iranian-linked Shiite paramilitaries blamed for attacks on US interests in Iraq.

But Blinken indicated that Biden would be sparing in military action.

“In future cases when we must take military action, we will do so only when the objectives and mission are clear and achievable, consistent with our values and laws and with the informed consent of the American people,” Blinken said.

“And we’ll do it together with diplomacy.”

But he said Biden had no interest in bringing democracy to the world “through costly military interventions or by attempting to overthrow authoritarian regimes by force.”

“We have tried these tactics in the past. However well intentioned, they haven’t worked,” Blinken said.