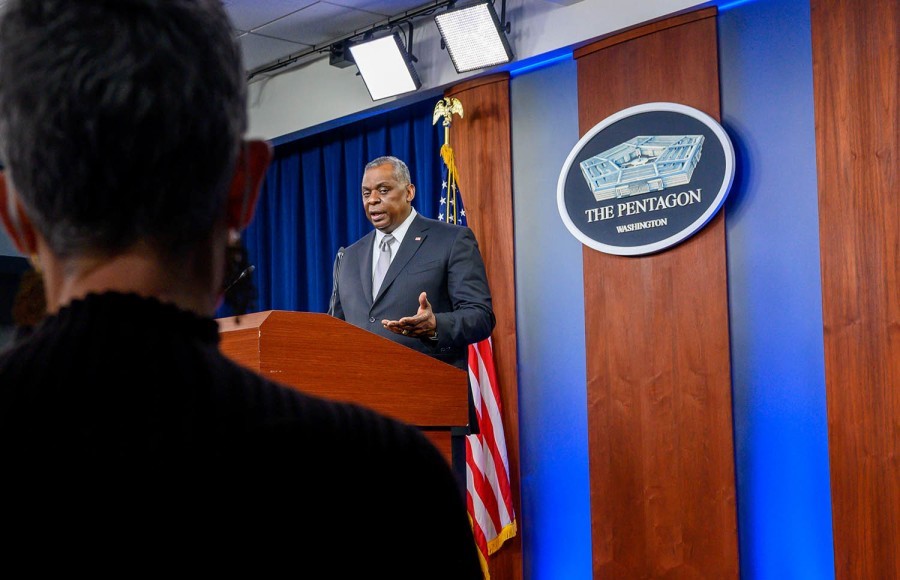 The pair are planning March 15-17 talks in Tokyo with their Japanese counterparts, Defense Minister Nobuo Kishi and Foreign Minister Toshimitsu Motegi, the Mainichi newspaper and the Kyodo News agency reported Thursday and Friday.

The U.S. Embassy in Tokyo had “no information to share” about the visit Friday, and a spokesman at Japan’s Ministry of Foreign Affairs said nothing had been decided.

The allies’ defense and foreign ministers last met in Washington in April 2019.

Blinken and Austin will also meet Japanese Prime Minister Yoshihide Suga and may continue on to South Korea, the news organizations reported.

The U.S. and Japan are concerned about North Korean missile threats, China’s growing military and economic power, human rights abuses in Hong Kong and Xinjiang, threats to democracy in Taiwan and territorial disputes in the South and East China Seas.

Austin, in a January telephone call with Kishi, stressed the importance of “ensuring the readiness” of the approximately 54,000 U.S. troops in Japan during the coronavirus pandemic. He also affirmed that the U.S. military would respond to any attack on the Senkakus – uninhabited islets in the East China Sea that are controlled by Japan but claimed by China and Taiwan.

Blinken, in his first major speech as America’s top diplomat on Wednesday, said China is the greatest challenge among global relationships due to its economic, diplomatic, military and technological power.

The Biden administration will “manage” ties with China “from a position of strength,” Blinken said at the State Department in Washington.

“That requires engaging in diplomacy and in international organizations, because where we have pulled back, China has filled in,” he said.