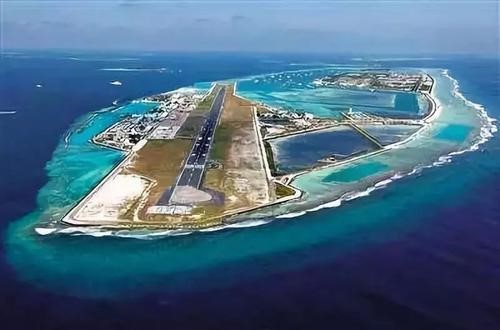 U.S. Air Force and Navy aircraft perform an “Elephant Walk” at Andersen Air Force Base in Guam. USAF has RQ-4 Global Hawks, B-52s, and KC-135 tankers readied at the strategically crucial base.

U.S. Indo-Pacific Command boss Adm. Philip S. Davidson wants billions of dollars to build up infrastructure on Guam and across the region, saying air and missile defense of the island territory is his top priority.

Speaking March 4 at an American Enterprise Institute virtual event, Davidson called for construction of an Aegis Ashore system for Guam, which is home to Andersen Air Force Base, multiple other military installations, as well as 170,000 Americans.

“Their defense is homeland defense,” Davidson said, noting Guam is the U.S. military’s “most critical operating location west of the international dateline.”

The island is a “critical nexus” for command and control, logistics, and power projection across the Indo-Pacific and the Defense Department must continue to expand its investment and increase its footprint, Davidson said.

Construction of the Aegis Ashore system, which has already proven itself in Europe, would free up three destroyers and give Indo-Pacom a 360-degree protection from missile threats. China, for example, has already shown it has Guam in its crosshairs through a September 2020 propaganda video that showed H-6 bombers attacking Andersen.

Some defense analysts argue adding an Aegis Ashore system to Guam will make it a target, but Davidson said, “It is already one.”

The command has asked Congress for $4.68 billion in fiscal 2022 and $22.69 billion over the following five years for the Pacific Deterrence Initiative, with the funding going both to building up these defenses and to bolster training and other infrastructure, USNI News reported.

Davidson said the fiscal 2021 defense policy bill required him to produce the document. In it, the command says it wants to spend the funding on joint force lethality; force design and posture; strengthening allies and partners; exercises, experimentation, and innovation; and logistics and security enables, according to USNI.

“The focus areas outlined in PDI are challenges that require immediate and joint solutions not accounted for through service investments. Specifically, the fielding of an integrated joint force with precision-strike networks west of the international dateline along the First Island Chain, integrated air missile defense in the Second Island Chain, and a distributed force posture that provides the ability to preserve stability, and if needed, dispense and sustain combat operations for extended periods,” the document’s executive summary states.