Approximately half of NSCAI’s final recommendations focus on defense. “We’re already working on two-thirds of them,” Groen said, adding that partnerships with the U.S. domestic private sector and academia are important in pursuing JAIC’s defense-focused AI goals. 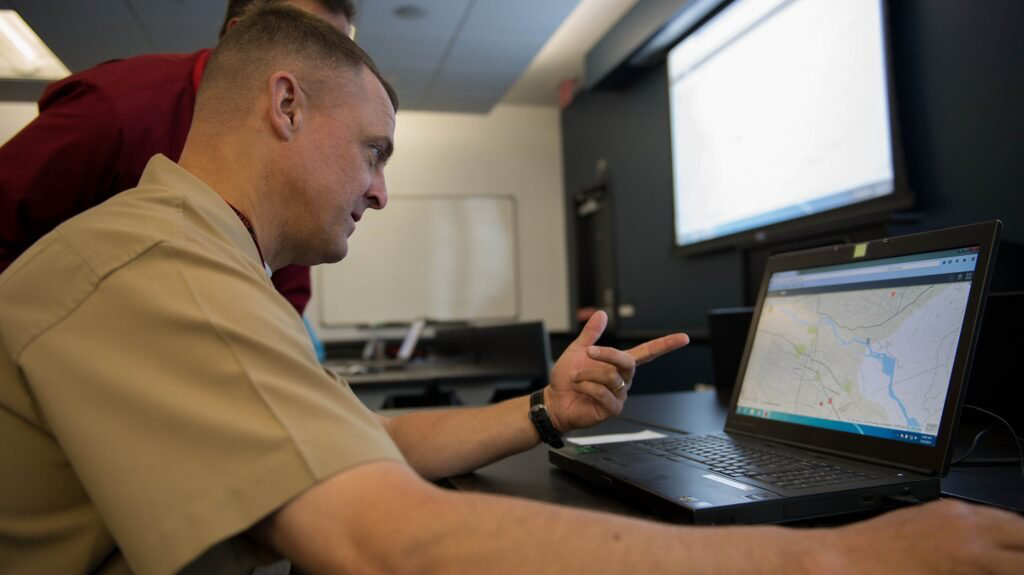 WASHINGTON: What’s the most significant challenge to getting the Defense Department ready for AI? It’s the idea held by many that “AI is some future thing,” said Lt. Gen. Michael Groen, head of the Joint Artificial Intelligence Center. AI is already here, he said. “If we want AI to be our future, then AI has to be our present.”

Groen currently leads to the DoD’s JAIC, which he characterized as a “do tank” in a town of think tanks. JAIC currently leads implementation and integration of AI across all departments of the DoD. Groen admitted it’s “an enormous challenge” and that it “takes time to turn this big defense ship.” One of JAIC’s goals is to “get the transformation to occur faster, accelerate it.”

Groen’s comments came during a virtual event on Wednesday. Katharina McFarland, a member of the National Security Commission on Artificial Intelligence, was the other panelist.

In a wide-ranging discussion, Groen and McFarland talked about what’s necessary to get the nation “AI ready” by 2025, which was a key finding in the NSCAI’s recently released final report.

Approximately half of NSCAI’s final recommendations focus on defense. “We’re already working on two-thirds of them,” Groen said, adding that partnerships with the U.S. domestic private sector and academia are important in pursuing JAIC’s defense-focused AI goals.

To this last point, Groen talked about the “tech inversion” that has happened within defense. Historically, DoD funded and built much of its own tech under “big programs.” Today, the private sector is leading in the development of AI solutions. While DoD still has a “big programs” approach to some tech, AI is different, Groen noted.

McFarland agreed, noting the “building, testing, and then expanding” traditional approach to DoD tech and contrasting that to AI, which she characterized as “an enabler, a thread that passes through other systems.” The goal should be to “embed AI opportunities space” at DoD, she said.

Asked about tech challenges specifically at DoD, Groen said, “We have to appreciate the scope of the problem sets.” He noted, across the DoD, some know disciplines and processes, such as artillery, really well. Others know the tech really well. The question is how to bring the two together — process and AI. Groen said DoD has to “get process owners to acknowledge AI is not tomorrow’s technology. It’s today’s technology.” He added, “We need people to think across all domains about tech.”

Two other prominent themes were security and ethics. Groen said he constantly thinks about “AI security of processes, security of our data.” He added, “What keeps me up at night is, how do we secure this? We spend a lot of time working on AI security, especially for our platforms.”

On the ethics front, Groen highlighted the ethical baselines that have been adopted to date by the U.S. and 13 likeminded nations, who want to build AI systems based on ethical considerations. “Our strength is ethical ecosystems,” he said.

McFarland noted that all of NSCAI’s findings were “consensus,” including two judgments: First, the U.S. government is not currently organized or resourced to win this competition against our adversaries. Second, that the nation must be “AI ready” by 2025.

According to the NSCAI, this requires four “pillars” of action: leadership, talent, innovation, and hardware. To this last point, McFarland noted the U.S. is “too dependent” on foreign partners for some manufacturing, such as semiconductors. Underlying every pillar are ethical considerations.

“We need to recognize a whole-of-government approach to this,” McFarland said.

NSCAI members will testify before the U.S. House Armed Services Committee on Friday.