When it comes to China’s nuclear weapons, numbers aren’t everything 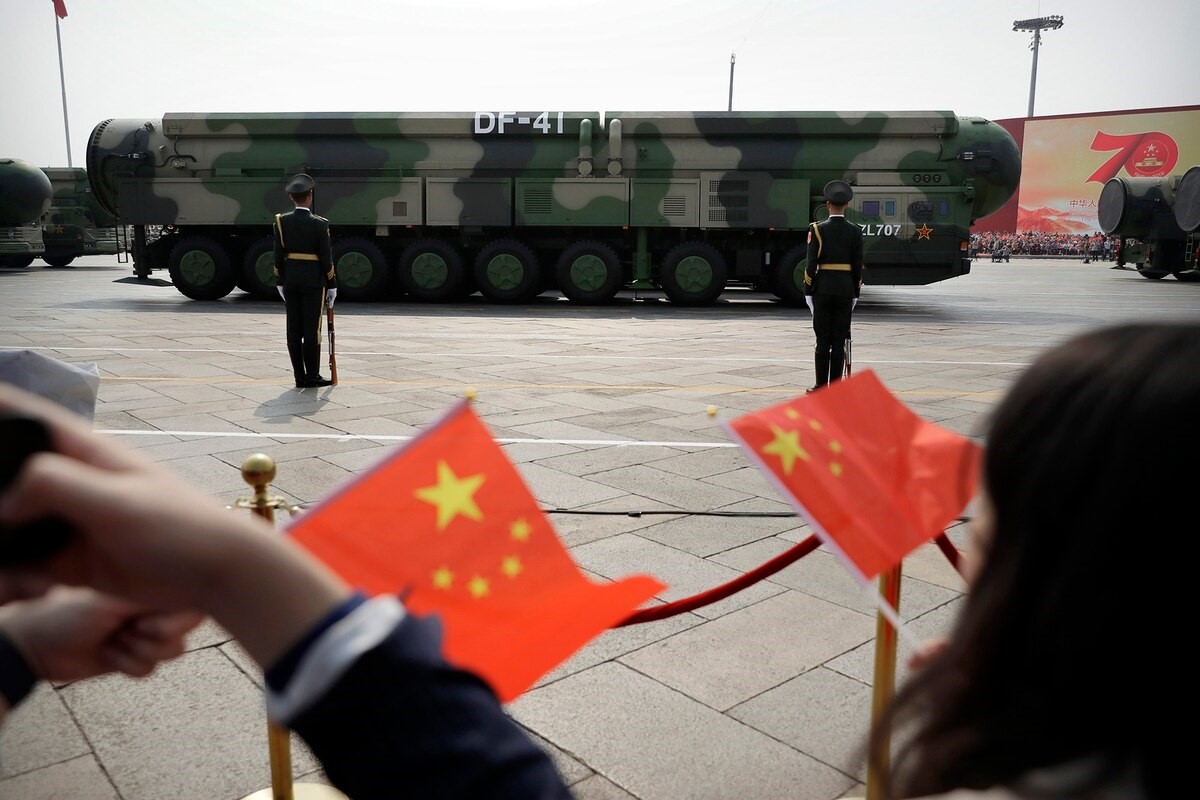 Spectators wave Chinese flags as military vehicles carrying DF-41 ballistic missiles roll during a parade to commemorate the 70th anniversary of the founding of communist China in Beijing. (Mark Schiefelbein/AP)

Threat inflation tends to lead to poor policy outcomes. When it comes to China’s nuclear arsenal, it’s important for American leaders to accurately understand the nature of the problem. Nuclear risks between the United States and China manifest differently than those of the past U.S.-Soviet nuclear competition, or that of the United States and Russia today.

Concerns regarding nuclear use in the U.S.-China context stem from, among other things, mutual mistrust and the manipulation of risk below the nuclear threshold, largely from qualitative force posture and strategy choices each country has made. Quantitative factors — most importantly the size of China’s nuclear arsenal — are less pressing.

Despite this reality, a recent exchange between Sen. Tom Cotton, R-Ark., and Adm. Philip Davidson, commander of U.S. Indo-Pacific Command, reveals how the nature of nuclear risk with China continues to be mischaracterized in Washington. Cotton expressed concern during a Senate hearing that China may attain “nuclear overmatch” against the United States if it were to triple or quadruple its nuclear stockpile. Adm. Davidson agreed.

But Cotton misstated the degree to which China may expand its nuclear warhead stockpile relative to the United States. In doing so, he suggests the United States should focus more on quantitative nuclear arms racing, stating that “it is much better to win an arms race than to lose a war.”

Cotton’s framing gets several facts wrong. First, the U.S. Defense Department’s most recent report on the Chinese military states that China’s warhead stockpile is “currently estimated to be in the low-200s.” This pales in comparison to the total U.S. inventory of 5,800 nuclear warheads.

Of these, 3,800 are available for deployment, with approximately 1,400 warheads already on alert delivery systems. Additionally, 150-200 gravity bombs sit in protected bunkers at five European air bases. Insofar as “overmatch” — a concept with little use to nuclear strategists — exists, it is squarely with the United States.

So why are senior officials and members of Congress so focused on numerical comparisons? Examining qualitative differences between U.S. and Chinese nuclear forces and accompanying doctrines is harder to do. These differences tell a slightly less alarmist story when it comes to the bilateral nuclear competition, but by no means present easy answers to the project of deterring China or avoiding nuclear war.