Israel Seeks US Help On Lasers

After years of favoring missiles, Israel is back in the laser business, with Rafael developing a ground-based 100-kW-class weapon and Elbit an airborne one. 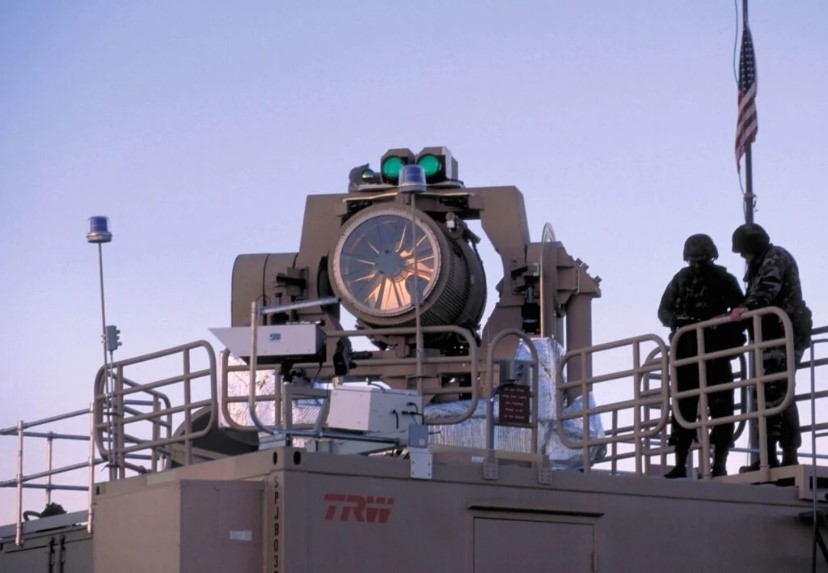 TEL AVIV: The Israeli Defense Ministry is seeking US funding and expertise for its air and missile defense lasers, especially in the generation of electrical power. Israel’s current prototypes have achieved an output beam of “almost” 100 kilowatts, but the US is already exploring 300-kW weapons capable of killing cruise missiles.

Tel Aviv soured on missile defense lasers after the US-Israeli Nautilus project, also known as the Tactical High Energy Laser (THEL), a bulky weapon which was cancelled in 2005 after a decade in development. But THEL – like its contemporary, the US Airborne Laser – was what’s called a chemical laser, needing large tanks of toxic chemicals to generate power. Modern lasers rely on electrical generators, making them much less hazardous.

So the Ministry of Defense has two of its leading contractors at work: Rafael is developing a ground-based laser, Elbit an airborne one. Elbit’s initial testing will probably occur on a manned aircraft, but then the laser will graduate to a drone, probably a variant of the Hermes-900, which has the payload – 350 kg (770 lbs)— and the endurance – up to 36 hours aloft – for long patrols awaiting an enemy missile or rocket attack. Demonstrations are planned for later this year.

Yes, Israel already has a multi-layered missile defense system: the famous Iron Dome (also in US service) to shoot down rockets and some cruise missiles, David’s Sling against cruise missiles and some ballistic missiles, and Arrow against ballistic missiles – potentially hypersonic ones as well with the planned Arrow-4 upgrade. But all three tiers rely on shooting down an incoming missile, rocket, or mortar round with an interceptor missile, and interceptors are expensive. One Israeli estimate says stopping an all-out rocket barrage would require 30,000 Iron Dome interceptors worth billions of dollars.

By contrast, a modern laser weapon can keep firing indefinitely as long as it has electrical power, never running out of ammunition. While laser beams won’t replace physical interceptors – they have problems in heavy rain, for instance – they could add a valuable extra layer of defense. The Rafael and Elbit lasers, for instance, are currently seen as complementary to Iron Dome.

What’s more, the Israeli Directorate of Defense Research and Development (DDR&D) has hinted at classified technical breakthroughs in the field of lasers, specifically to counter drones, rockets, artillery shells, mortars, and anti-tank guided missiles. In a 2020 announcement, DDR&D director Brig. Gen. Yaniv Rotem said that Israel is entering a new age of energy warfare in the air, land and sea.