LONDON — Britain is to substantially increase its stockpile of nuclear warheads in response to a deteriorating security environment, the government said in a long-awaited review of defense, security and foreign policy released March 16.

The move would see Britain increase the inventory to no more than 260 warheads, reversing a decision made a decade ago to cut the maximum from 225 to 180 by the mid-2020s.

Depending on exactly how many warheads the country intends to acquire, it could see the strategic weapons count increase by more than 40 percent.

Britain is deliberately ambiguous about how many nuclear warheads it possesses, but that hasn’t always been the case. In 2015, then-Defence Secretary Michael Fallon announced that the reduction would see Vanguard-class submarines carry 40 warheads and no more than eight Trident missiles. One of the Royal Navy’s fleet of four Vanguard subs is always at sea and armed.

The government said its decision in the Integrated Review to raise warhead numbers is justified by developing technological and doctrinal threats.

“Some states are now significantly increasing and diversifying their nuclear arsenals. They are investing in novel nuclear technologies and developing new ‘warfighting’ nuclear systems which they are integrating into their military strategies and doctrines and into their political rhetoric to seek to coerce others,” the review read. “The increase in global competition, challenges to the international order, and proliferation of potentially disruptive technologies all pose a threat to strategic stability.”

Britain is in the early stages of designing a new warhead to eventually arm the four Dreadnought-class submarines destined to replace the Vanguard boats starting early in the next decade. The review said construction of the first Dreadnought-class sub is going according to budget and schedule.

What else did the review say?

The review confirmed the government’s previously cited intention to pivot foreign and defense policy toward the Asia-Pacific region. The “tilt’ toward the region, as the review put it, is Britain’s response to the growing economic power of regional countries and China’s increasing influence on its neighbors and beyond. It’s no coincidence the first deployment of the Royal Navy’s new aircraft carrier, the HMS Queen Elizabeth, is to take place in the region later this year. 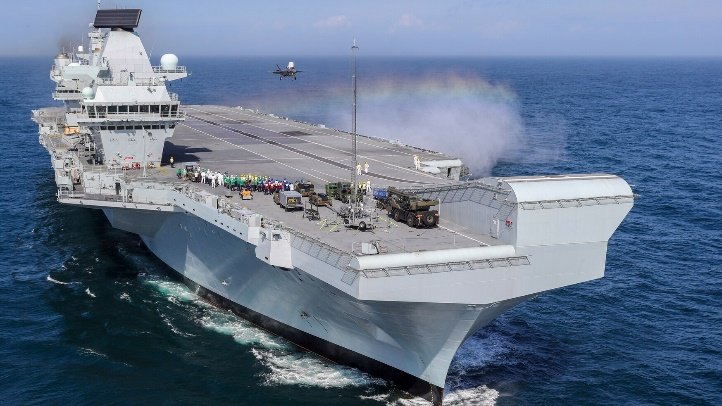