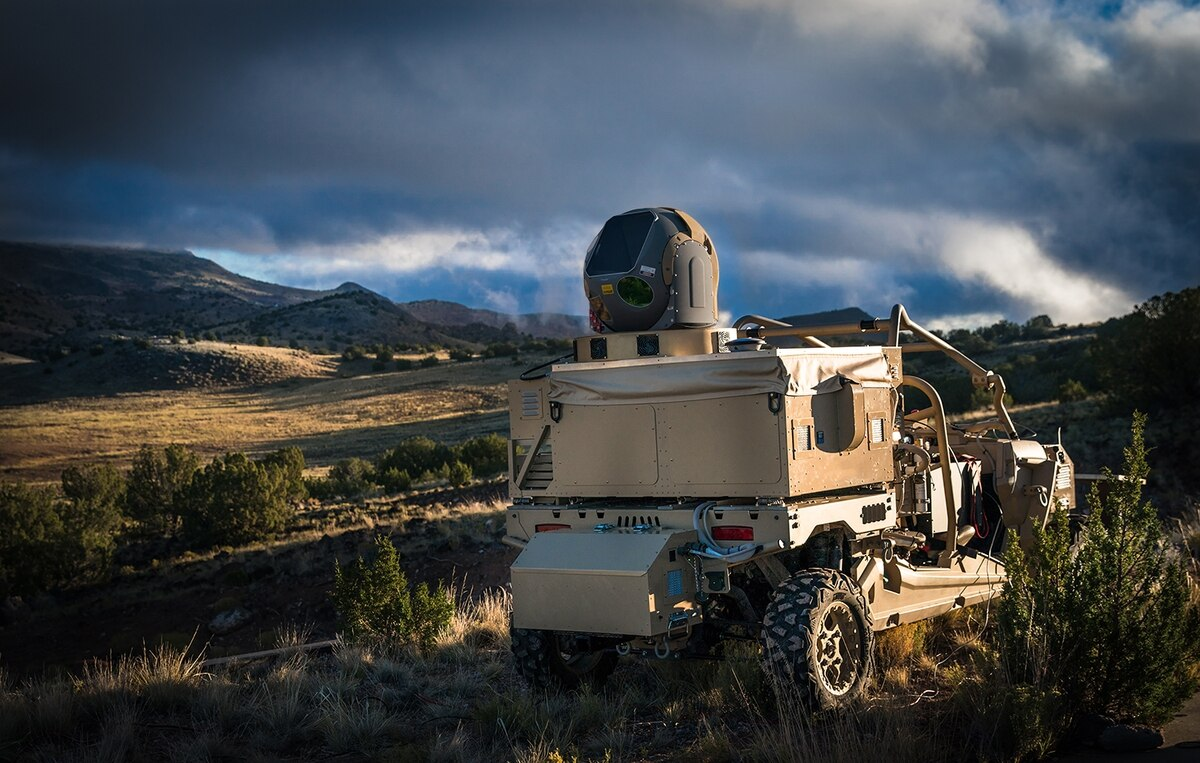 WASHINGTON — The U.S. Air Force is testing whether lasers mounted on the backs of dune buggies could be the counter-drone weapon the military needs.

The High Energy Laser Weapon System, or HELWS, uses directed energy to defeat incoming unmanned aerial systems — a threat that military leaders are increasingly concerned about. Drones can be small and incredibly mobile, making them difficult to hit with traditional weaponry. That’s why the Air Force and others are looking to emerging technologies including lasers and microwave weapons as possible drone-stopping solutions.

HELWS includes a laser module that generates the beam, a magazine that provides enough power for dozens of shots, and thermal systems to keep the whole system at the right temperature. But the most expensive component — and the one with the longest lead time — is the hybrid electro-optical infrared sensor/beam director.

“[We] inserted an optical path that allowed us to fire the laser out the primary aperture while we are sensing,” explained Evan Hunt, Raytheon’s lead for high-energy laser business development. “So the thing you are looking at is exactly the thing that your laser beam hits, which is one of the great features of the system.”

For the weapon to work, the system must keep the laser on the target throughout the engagement while directing enough energy over the distance to destroy or disable it.

“It takes us roughly 5 seconds to shoot down a drone within 3 kilometers or so,” said Hunt.

The whole system is controlled via a game-style controller and a single laptop.

“Our customers don’t really want to stand up entirely new job professions within the Air Force or the Army — to make a corps of laser weapon operators,” said Hunt. “So we very deliberately designed the interface to be easy to learn.”

Raytheon has delivered three different versions of the system to the Air Force, with the Directed Energy Combined Test Force announcing recently that HELWS2 was tested overseas beginning in September 2020. The first HELWS system was deployed in early 2020.

“They’ve been rapid prototyping, so each system we build is an iterative development,” said Hunt. “All three kind of look very similar. They’re all currently on the back of a Polaris MRZR.”

“This is an operational experimentation campaign right now with these three systems. This is really Air Force SPDE [Strategic Development Planning and Experimentation] — which is Air Force Materiel Command and Air Force Research Lab — working together to prove that lasers are ready to transition to production programs,” said Hunt.

Raytheon is competing for follow-on opportunities, aiming for HELWS system to be selected for the Air Force’s programs of record, such as Air Base Air Defense and Agile Combat Deployment. Hunt noted that while Army is taking the lead on systems to counter small drones, the Air Force is the lead for demonstrating the efficacy of directed-energy weapons for counter-drone missions.

The company also wants HELWS to vie for programs of record for counter unmanned aircraft systems pursued by the Army’s Joint C-SUAS Office, which trying to reduce duplication across the services by selecting a limited number of systems for development and fielding.