Two down, more to go? With hypersonic weapons already in the field, Russia looks to improve features 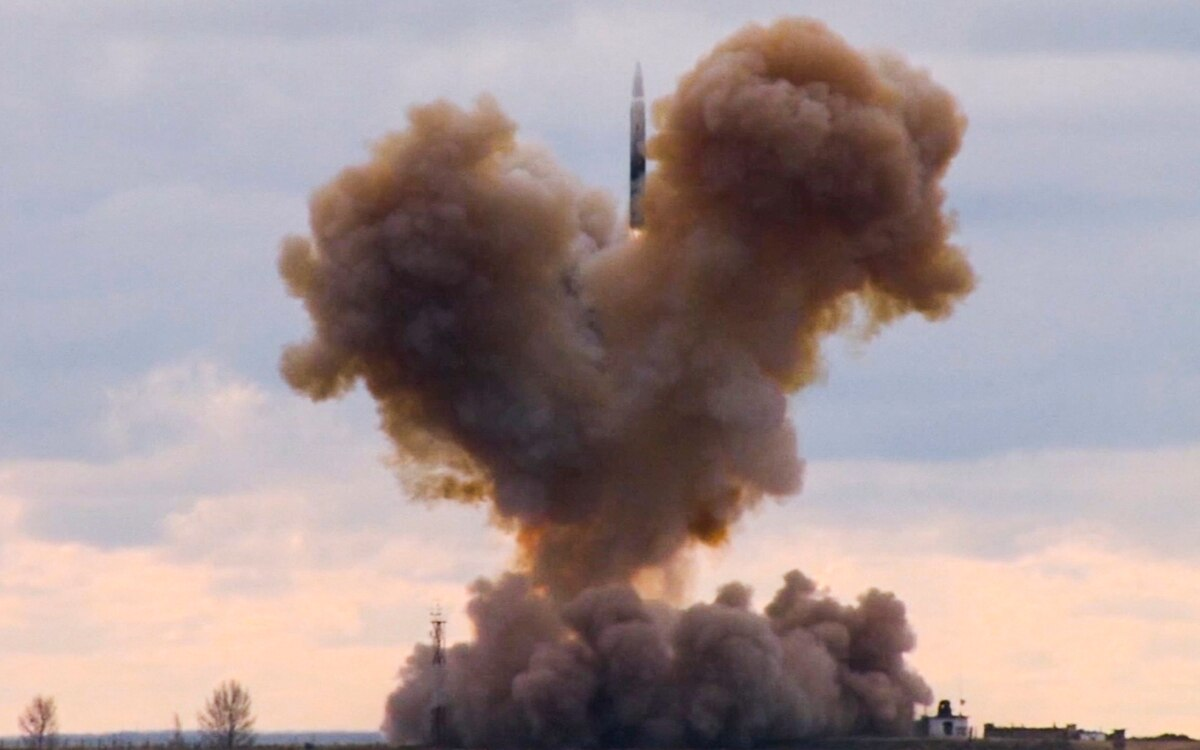 The Avangard hypersonic vehicle blasts off during a test launch at an undisclosed location in Russia. (RU-RTR Russian Television via AP)

MOSCOW — Hypersonic weapons are a top priority for the Russian government, a defense analyst with the state-run think tank IMEMO has told Defense News, and with two now fielded, the country is looking into further improving the technology.

“The so-called hypersonic technology is essentially an evolutionary development. However, it provides new, combined abilities for missile weapons: increased speed and maneuverability, and improved accuracy,” Dmitry Stefanovich said. “I can’t imagine a person who is responsible for the decision-making in the country and who wouldn’t be interested in improving all those features.”

For Russia, hypersonic technology is also a way to avoid a quantitative arms race like the Soviet Union went through during the Cold War, said Viktor Litovkin, a retired colonel and military analyst with Tass. “We have no money to get involved in a quantitative arms race. You need to have a little, but the highest quality, which will restrain the adversary,” he said.

There are currently two hypersonic missiles with the Russian military: the Avangard and the Kinzhal. The former is a nuclear-capable missile reportedly able to fly faster than 20 times the speed of sound. The first Avangard infrastructure was set up in December 2019.

The Kinzhal (or “Dagger” in English) is a nuclear-capable air-launched ballistic missile fielded in December 2017. Before entering the military’s inventory, it was tested with the MiG-31 fighter jet. Putin has said the weapon can exceed 10 times the speed of sound, but some missile experts have cast doubt on that capability.

Russian media previously reported the Kinzhal physically resembles the 9M723 ballistic missile developed for the Iskander tactical missile system. “If it looks like a duck, swims like a duck and quacks like a duck, then it probably is a duck,” Stefanovich said of the similarity.

Russia is also testing its 3M22 Zircon anti-ship hypersonic cruise missile, expected to be installed on the modernized submarine-killing ship Marshal Shaposhnikov. The vessel is undergoing its owns tests. The head of Tactical Missiles Corporation JSC, Boris Obnosov, told Tass last month that the Zircon’s testing is going according to schedule.

The first launch of Zircon from the nuclear-powered submarine Severodvinsk will take place in June, industry officials said, according to reports from Tass this month. If testing goes well, the Zircon will be delivered to the military in the first half of 2022.

Obnosov has said hypersonic projects are among the top priorities for his company, adding that there are “several dozen” hypersonic efforts ongoing in partnership with the country’s several research and development institutes. He said a center dedicated to hypersonic technology efforts could be established to oversee the projects, without providing further information.

Tactical Missiles Corporation is Russia’s leading developer of hypersonic technology, so it might also be behind a recently tested prototype of an air-to-surface hypersonic missile meant for the Su-57 fifth-generation fighter jet. However, the company did not respond to questions from Defense News regarding its hypersonic projects.