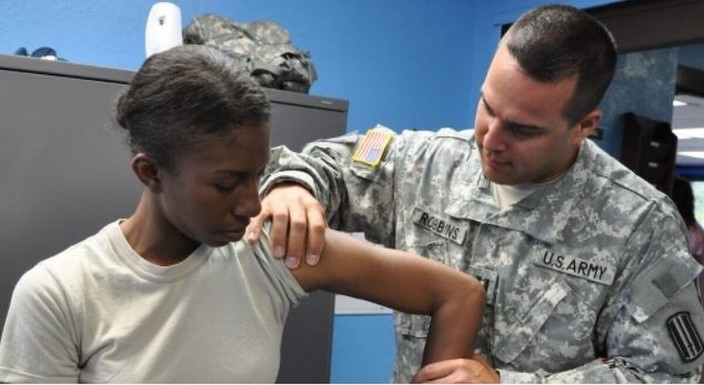 WASHINGTON — The Pentagon’s lead innovation office expanded its business accelerator to compete against “aggressive” foreign investment possibly tied to unfriendly governments and instead is courting U.S. investors to push its desired products to market.

The goal for the accelerator, established by the Defense Advanced Research Projects Agency, is to move 150 technologies out of the lab and into the marketplace over the next five years. The effort is part of an expansion of DARPA’s Embedded Entrepreneurship Initiative pilot program that helped raise more than $100 million for 30 research teams.

Connecting DARPA-backed innovations with U.S. investors protects against the technology reaching adversarial nations. Kacy Gerst, DARPA’s chief of commercial strategy, told C4ISRNET that the program is an “effective counter against aggressive foreign investors that has been ramping up in the past five years in targeting early-stage research teams.”

“In some cases, foreign capital is inextricably bound to foreign governments and militaries that are working at cross purposes to the United States and its allies,” Gerst said. “Through this effort, DARPA seeks to retain the nation’s strategic and economic advantage against near-peer competitors, as well as to ensure supply chain security for critical products and supplies.”

The DARPA accelerator gives research teams an average of $250,000 to hire an entrepreneurial expert to connect them with U.S. investors. The adviser stays with a team for one to two years. Though $250,000 doesn’t sound like much in comparison to multimillion or multibillion defense programs, that funding is vital to connecting critical futuristic technologies with U.S. investors, Gerst said.

“We’ve found that foreign investors are often talking to our researchers when they’re still in the university or in the lab before they’ve even spun something out and offering really compelling terms very early on,” she said.

Through its initial pilot, DARPA worked with several companies on projects for a range of issues — from COVID-19 to blood sampling. One business, named Embody, develops medical devices and therapeutics for tendon and ligament injuries, common injuries for military members. It received FDA approval for a surgical graft to mend soft tissues that resulted from DARPA-backed research.

The money from DARPA was transformative for Embody, according to CEO Jeff Conroy. He told C4ISRNET that his company had partnered with DARPA for several years, but used the funding it received largely for product development. Receiving money dedicated to business development boosted the company to the market.

“I was able to hire a commercial [-focused] person probably a year before I would have typically,” Conroy said. “That has really made a big difference, starting to think like a company that’s going to launch a product 18 months before the pilot is cleared, instead of six months before the product is cleared, really put us in position to get a fast start.”