US Navy set to receive latest version of the Tomahawk missile

By: David B. Larter    DefenseNews MARCH17 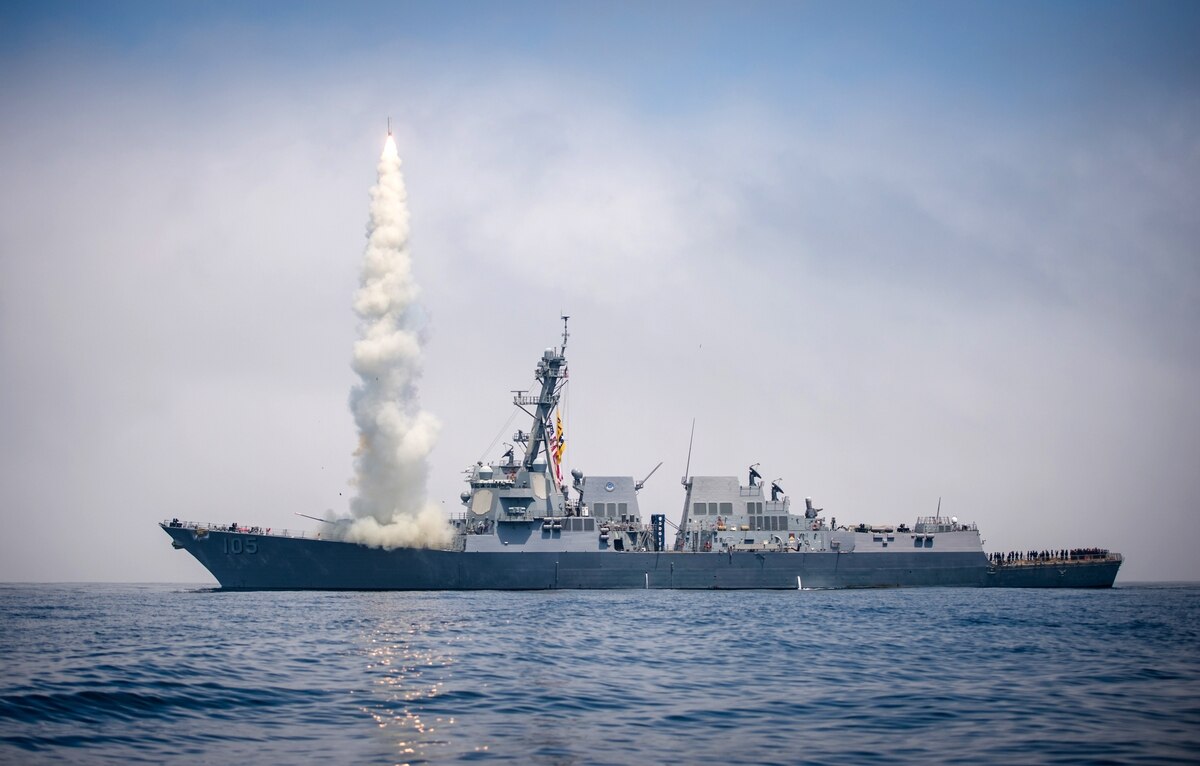 WASHINGTON — Raytheon plans to deliver next week the first of the U.S. Navy’s new Block V Tomahawk, an upgraded version of the service’s venerable land-attack missile that will ultimately include the ability to target ships at sea at extended ranges.

The new Block V, when fully realized in its Block Va and Block Vb varieties, will be expected to hit surface ships at Tomahawk ranges — in excess of 1,000 miles — with the integration of a new seeker. It also will integrate a new warhead with a broader range of capabilities, including greater penetrating power.

Tomahawk’s range is especially important in the Asia-Pacific region, where China’s rocket force has extraordinary reach with its DF-26 and DF-21 missiles, with ranges of 2,490 and 1,335 miles respectively, according to the Center for Strategic and International Studies.

The U.S. Navy’s news missiles are destined not just for the vertical launching systems on surface ships but also on attack submarines that can more easily operate inside the range of China’s rocket force.

The Navy is expected to make a decision on the future of the Tomahawk weapon in 2021, but the signs seem to point to its continuation. The service has had a long-running search for a next-generation land-attack missile, but a recent analysis of alternatives led to the Navy restarting the Tomahawk line and upgrading its current inventory.

In the Navy’s 2021 budget documents submitted last year, the service said it had yet to determine the future of the missile. But in testimony before the House Armed Services Committee, the head of U.S. Indo-Pacific Command, Adm. Phil Davidson, specifically cited the anti-ship Maritime Strike Tomahawk specifically and the surface-strike variant of the SM-6 as capabilities needed by the Marine Corps in its quest to hold Chinese ships at risk from shore-based missiles.

“What the Marine Corps has asked for have already been developed in the [Navy] and is employed on Navy ships, things like Maritime Strike Tomahawk, SM-6. These are immediate capabilities that I think should be made available to the Marine Corps,” Davidson said.

Advances in missile technology might actually be helping the Tomahawk’s cause to stay in the Navy’s vertical launching system missile tubes longer, according to Bryan Clark, a retired submarine officer and senior fellow at the Hudson Institute.