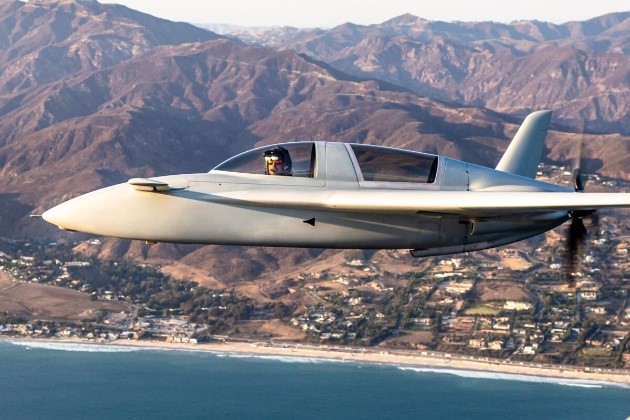 WASHINGTON — In the future, when U.S. Air Force fighter pilots face off in aerial combat training missions, they could be dogfighting the video game version of Chinese and Russian warplanes at a fraction of the cost of using real jets like the F-22 Raptor.

At least that’s the pitch the California-based company known as Red 6 is making to the service.

For the past three years, Red 6 has been working with the Air Force to mature its Airborne Tactical Augmented Reality System, or ATARS, which allows pilots flying real fighters to see projections of other aircraft through their helmet visor.

Now the company is on the brink of finalizing a Small Business Innovation Research Phase III contract with the Air Force that will allow it to integrate its technology with a Northrop T-38 Talon — the supersonic jet trainer used to train fighter pilots, according to its founder and CEO, Dan Robinson.

“We’re working in partnership with the test community at Holloman Air Force Base to do that, and then we’re going to be working hand in hand with them to evolve that and make sure that it’s ruggedized,” he told Defense News in a March 17 interview.

The company is also using internal funding to network multiple ATARS together so that more than one aircraft can train as a group against a larger set of adversaries. The hope is to demonstrate that capability for the Navy and Air Force sometime this year, Robinson said.

Unlike virtual reality, where everything the user sees through a headset is simulated, augmented reality superimposes simulated images over the real world.

The ATARS system comprises a custom augmented reality headset designed to be worn with a standard HGU-55 helmet used by F-15 and F-16 pilots. It also includes hardware and software responsible for tracking the pilot’s head in space and displaying information, all driven by a game engine.

“It’s minimally intrusive. It’s designed to be platform agnostic,” Robinson said. “It will incorporate into any aircraft, and there will be slight adjustments to determine antenna positioning and things like that.”

If Red 6 proves that its technology works, it could solve one of the Air Force’s longstanding requirements: the need for cost-effective “red air” training that gives fighter pilots experience in close-quarters aerial combat.

These companies typically buy up used third-generation subsonic fighters and hire retired military pilots to pose as aggressors in training missions. However, to train against more advanced threats, the Air Force has to use its own aircraft as aggressors.

Currently, there is no way for the Air Force to virtually represent an adversary once a threat gets within visual range, or about 10 nautical miles.

Using tools like threat emitters that replicate the radiofrequencies emitted by missiles, artillery and other aircraft is sufficient to train pilots beyond visual ranges, Robinson said earlier this week at an event held by the Mitchell Institute for Aerospace Studies. But with augmented reality, the Air Force would be able to virtually project — for example — a combat-representative Russian Su-57 that the pilot must dogfight.

“So far, augmented reality hasn’t worked outdoors or in dynamic environments,” Robinson said. “It does now.”