Beijing represents “a threat to regional peace and stability, and to the rules based international order on which our security and prosperity, and those of our allies, depend,” Deputy Defense Secretary Kathleen Hicks said 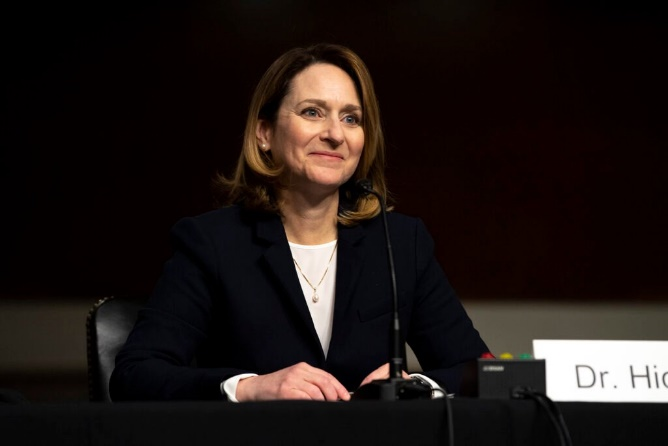 WASHINGTON: Capping a tense week in US-China relations, recently confirmed Deputy Defense Secretary Kathleen Hicks used her first public remarks today to take aim directly at Beijing. But she also had a warning for American defense bureaucrats and contractors, emphasizing that to compete with China, the Pentagon must make “difficult choices” in jettisoning older weapons systems to make room for modern force.

By threatening neighbors in the Pacific region and using predatory economic practices, Beijing represents “a threat to regional peace and stability, and to the rules based international order on which our security and prosperity, and those of our allies depend,” Hicks told students at the National Defense University.

Hicks’ remarks come a day after a surprisingly tense and angry exchange between top US and Chinese officials at a highly-anticipated summit in Alaska, where the two sides met in their first high-level face to face of the Biden administration.

Underpinning the new administration’s focus on China, last Friday President Biden met virtually with leaders of Australia, India, and Japan, known as the Quad. While the word “China” never appears in the official transcript, Biden took the opportunity to push for “stability” in “a free and open Indo-Pacific.”

This week, Defense Secretary Lloyd Austin has been criss-crossing the Indo-Pacific region, landing in India Friday during a multi-day swing that also took him from Japan to South Korea, where he huddled with allies also confronting an aggressive China. While in Seoul, Austin said that the United States and allies “have a lot to look forward to as together we address global security challenges and engage in a long term strategic competition with China.”

Hicks continued that blunt line of talk. Speaking virtually from the Pentagon, the DepSecDef said Beijing “has demonstrated increased military confidence and a willingness to take risks, and it has adopted a more coercive and aggressive approach to the Indo-Pacific region.”

She ticked off examples in which “Beijing escalated tensions between itself and a number of its neighbors,” including Australia, Japan, Vietnam and the Philippines, and the deadly c organic industrial base. onfrontation between Chinese and Indian troops along their border last year.

“Beijing is the only competitor potentially capable of combining its economic, diplomatic, military and technological power to mount a sustained challenge to a stable and open international system,” Hicks said, adding, “Secretary Austin and I believe that the [People’s Republic of China] is the pacing challenge for the United States military.”

Hicks is taking lead on a number of issues relating to the 2022 defense budget, including a new multi-billion dollar missile defense system that is sitting on her desk awaiting approval.

With the ‘22 budget expected to come in at about $703 to $708 billion — or equal to the 2021 budget — there will have to be some hard choices made within the Pentagon about what to prioritize, as the budget is unlikely to increase enough to keep up with inflation. One major point of contention will be the Navy’s shipbuilding budget, which many expect to rise as the service tries to build new submarines, frigates, and unmanned ships to counter the rapid expansions of the Chinese navy.

“Making room for new capabilities will require difficult choices where the nation’s security needs are no longer being met,” Hicks said. “The department will work closely with Congress to phase out systems and approaches optimized for an earlier era.”