The ARRW failed to complete its launch sequence and did not deploy from its Boeing B-52H Stratofortress heavy bomber carriage aircraft. The B-52H flew over the Point Mugu Sea Range near California, intending to fire the ARRW booster test vehicle. Instead, the weapon returned with the B-52H to Edwards Air Force Base (AFB), California. 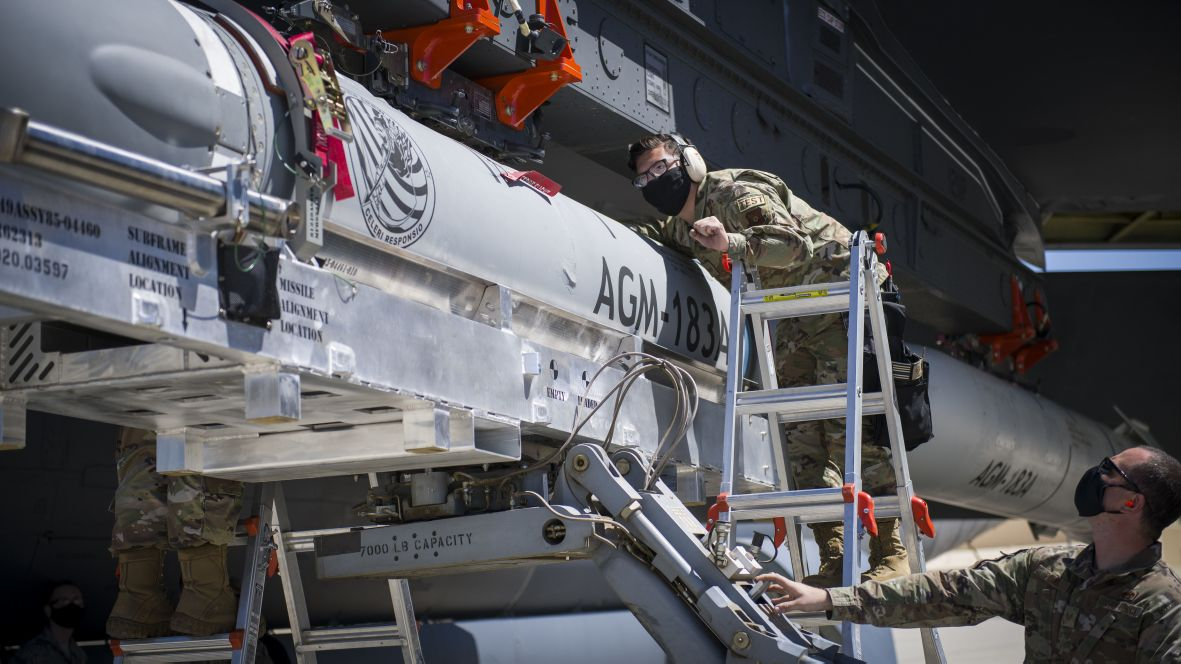 A US Air Force airman helps line up the AGM-183A Air-launched Rapid Response Weapon (ARRW) as it is loaded under the wing of a B-52H on 6 August 2020. The ARRW failed its first booster vehicle flight test on 5 April as it could not complete its launch sequence and did not deploy from the B-52H carriage aircraft. (US Air Force)

This flight test was to demonstrate the booster’s ability to reach operational speeds and collect other important data. In addition to booster performance, the test vehicle was to also validate safe separation and controllability of the missile away from the carrier B-52H, through ignition and boost phase, all the way to separation of a simulated glide vehicle. The ARRW test vehicle was delivered to Edwards AFB on 1 March.

The service did not return a request for comment prior to publication. Lockheed Martin deferred comment to the USAF on 6 April.