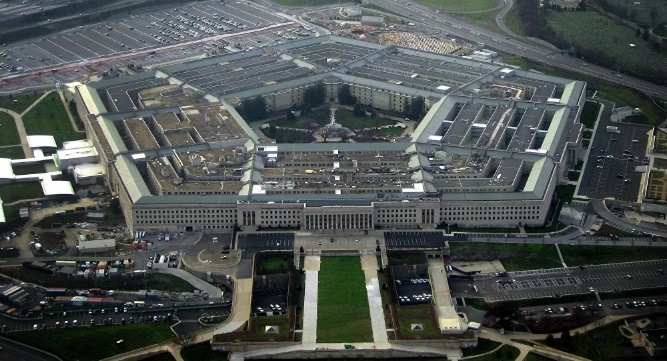 In a newly released budget outline , President Joe Biden has proposed a $753 billion defence budget for 2022, including $715 billion to cover the Pentagon’s expenses.

In a budget proposal released online on Friday, President Joe Biden has proposed spending $753 billion on defence for the 2022 fiscal year, including $715 billion going directly to the Pentagon.

As a result, Biden finds himself in the crosshairs of politicians and lawmakers from both sides of the divide.

The proposal, which envisages a $1.5-trillion budget for 2022, was greeted with scorn by Republicans and Democrats alike over its suggested funding for defence.

Even figures from within his own party weighed in, arguing that such a whopping budget, which is higher than the Trump administration’s, would be a “a grave mistake.” They stated that Americans should be the top priority instead, given the still raging coronavirus pandemic.

“The Biden admin’s budget adds $12 billion for weapons of war – just think how this could be used to fight inequality in our communities. Let’s put the people first,” said Barbara Lee, representative for California’s 13th congressional district.

“Increasing that budget now would be a grave mistake,” Senator from Massachusetts Ed Markey argued, fuming that the already “inflated Pentagon budget did nothing to protect” citizens from the most pressing social and economic woes.

Rep. Mark Pocan (D-Wis.), who was one of the authors of a letter to Biden earlier this year calling for him to “significantly” cut defence spending, called the proposed increases “unacceptable.”

Vermont Sen. Bernie Sanders in turn demanded an investigation into “the waste and fraud that currently exists at the Pentagon,” pointing out that the United States “already spends more on the military than the next 12 nations combined.”

“The last thing we need is a bigger military budget,” tweeted former US Secretary of Labor Robert Reich, who served under Gerald Ford, Jimmy Carter, and Bill Clinton.

US Representative Ro Khanna of California, a prominent liberal Democratic voice on security issues, said the military spending proposal was nothing but “disappointing” and that it opened up the possibility of “wasteful spending” on missiles among other things.

Journalist Glenn Greenwald noted that the news didn’t come as a surprise since Biden’s Secretary of Defence Lloyd Austin is a member of the Board of  Directors at defence contractor Raytheon.

New Budget Plan ‘a Terrible Signal’ to Both Foes and Allies

Republicans, meanwhile, took a different angle, arguing that Biden’s proposed military spending is not enough to compete with China, despite his earlier promises.

Rep. Mike Rogers (R-Ala.), the ranking member of the House Armed Services Committee, noted that “the Biden administration has talked a big game towards China. Unfortunately, the release of their skinny budget today indicates it is just talk.”

Senate Majority Leader Mitch McConnell (R-Ky.) and the top Republicans on the Senate Armed Services, Intelligence, Budget, and Appropriations committees issued a joint statement, similarly suggesting that the proposal sends “a terrible signal not only to our adversaries in Beijing and Moscow, but also to our allies and partners.”

On Friday, POTUS sent his first discretionary funding request to Congress, setting out a budget plan for a period starting in October – he included cash flows to the Technology Modernisation Fund and the Cybersecurity and Infrastructure Security Agency to better fight hacking attempts. Overall, the Biden administration requested $769 billion in non-defence spending (16 percent up from the fiscal year 2021), and $753 billion in national defence projects (roughly a 2 percent increase).