The Pentagon must act now to address vulnerability in its enterprise 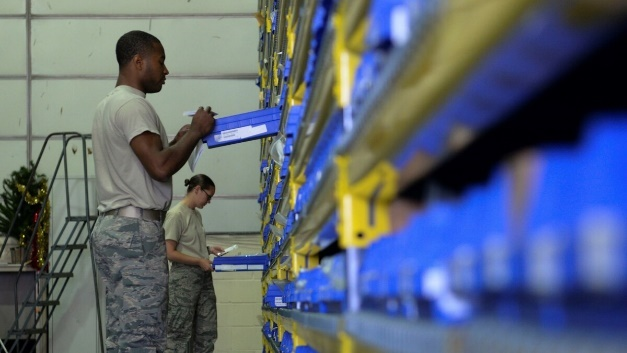 Learning and adaptation create successful military organizations. From the Revolutionary War through Operation Inherent Resolve, U.S. armed forces have demonstrated a remarkable ability to absorb and adapt to combat’s harsh lessons. Peacetime adaptation and innovation have proved more difficult and infrequent, but it is necessary to meet the challenges that China and Russia pose to U.S. security. To achieve the “urgent change at significant scale,” called for by the 2018 National Defense Strategy, the Department of Defense must learn lessons from peacetime experiences and adapt quickly.

The COVID-19 pandemic is not combat, but it has stress-tested the DoD and the broader defense enterprise. It has degraded military readiness; disrupted modernization; and drawn U.S. armed forces into roles, such as vaccine distribution, beyond their core missions. This stress test exposed fragility in the defense enterprise to shocks like natural disasters and economic collapse. The DoD must heed the pandemic’s lessons about systemic vulnerability and, as it has during our nation’s wars, take action.

By adapting now, the DoD can inoculate itself against systemic collapse before the next crisis.

The Defense Department’s spare parts ecosystem provides an illuminating example of fragility and how targeted actions can mitigate risk. Maintaining the vast array of U.S. military equipment, from rifles to warships, requires millions of spare parts, many of which have just one approved supplier.

Govini found that more than 20 percent of the thousands of spare parts used on a critical aircraft subsystem have only one approved source. By mid-2020, roughly 25 percent of the facilities making these single-source parts had experienced pandemic-related disruption as workers or their families became ill, social distancing policies took effect and needed materials became scarce. Nearly 50 of the companies that manufacture these parts, including many small businesses, faced heightened financial stress as the economy slowed and the civilian aviation market bottomed out.

The disruption of even a small number of these single points of failure could have significant consequences for the military’s readiness. Not all is lost, however.

The DoD has levers it can pull, such as the Defense Production Act, to bolster financially at-risk suppliers in its vendor base against adverse economic conditions. Many of these single-source parts have viable but yet unapproved alternative suppliers available on the commercial market. The DoD should approve these alternate suppliers, which would immediately reduce risk and bolster resilience. Ways to build resilience exist. They just need to be identified and acted upon.

COVID-19 has made clear the vital importance of labor to the defense enterprise. Images of the mass production lines as the “arsenal of democracy” during World War II, where workers could be replaced relatively quickly, are no longer an accurate representation of how military capabilities are manufactured.

Today’s defense-industrial base relies on highly skilled technicians who have developed their expertise over decades, rendering their hands-on knowledge irreplaceable. The loss of these workers, whether from illness, economic hardship or other disruptions, could create serious consequences for the timely production of military equipment. The Pentagon must ensure the health and safety of the people that make its enterprise work and prepare for inevitable catastrophes.

The DoD should not limit its response to mitigating points of fragility exposed by the pandemic, but rather seize on this moment as an opportunity to address vulnerability to a variety of negative shocks. Climate change increasingly threatens U.S. armed forces’ ability to project power overseas. The United States has a “Western Hemisphere military for Eastern Hemisphere problems” that depends on just a handful of deep-water ports on each coast to support current operations or rapidly project power overseas in times crisis and conflict. As climate change raises sea levels and increases the frequency of extreme weather events, these critical coastal facilities could suffer long-lasting disruptions. The DoD should take measures now to harden these critical strategic assets and improve redundancy in its power projection infrastructure.

Although COVID-19 has been a global human catastrophe, the United States is lucky that it hasn’t coincided with acute geopolitical tensions or major combat operations. In competition with China, however, short-term disruptions can have outsized long-term effects.

Moreover, the next shock may not have such good timing. The Defense Department cannot wait for another stress test before addressing fragility in its enterprise; it must learn and adapt now. The Pentagon needs sufficient visibility into its key systems and supply chains — and the companies and people supporting them — to identify critical vulnerabilities, and it needs to have the same courage to adapt under stress that it has demonstrated under fire.