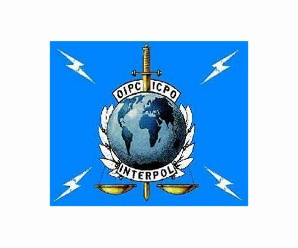 Iran has asked Interpol to help arrest a suspect in a sabotage attack on its Natanz nuclear facility which it blames on Israel, a local newspaper reported Sunday.

National television has published a photo and identified the man as 43-year-old Reza Karimi, saying the intelligence ministry had established his role in last week’s “sabotage” at Natanz.

The broadcaster said the suspect had “fled the country before the incident” and that “legal procedures to arrest and return him to the country are currently underway”.

Neither state TV nor other media provided further details on the suspect. The intelligence ministry has not issued an official statement.

The ultraconservative Kayhan daily reported in its Sunday edition that “intelligence and judicial authorities” are engaged in the process.

It added that “after his identity was established, necessary measures were taken through Interpol to arrest and return” the suspect.

Kayhan did not specify what form of Interpol assistance had been requested.

A Red Notice is a request to law enforcement worldwide to locate and provisionally arrest a person pending extradition, surrender or similar legal action, according to Interpol’s website.

A “small explosion” hit the Natanz plant’s electricity distribution system a week ago, according to the Atomic Energy Organization of Iran.

The Iranian foreign ministry accused arch-foe Israel of an act of “nuclear terrorism” and vowed revenge.

Israel has neither confirmed nor denied involvement but public radio reports said it was a sabotage operation by the Mossad spy agency, citing unnamed intelligence sources.

The New York Times, quoting unnamed US and Israeli intelligence officials, also said there had been “an Israeli role” in the attack.

The talks are focused on bringing the US back in to the accord after former president Donald Trump withdrew from it in 2018 and reimposed sanctions on Tehran, and to bring Iran back into compliance with key nuclear commitments it suspended in response to the sanctions.