The Palledrone is a 3.2 m diameter autonomous resupply aircraft in the prototyping stages that is designed to carry up to 45 kg of cargo 8 km, and loads under 4.5 kg as far as 34 km. The aircraft can lift a payload of 36 kg for five minutes, and can fly with a full 45 kg payload for five minutes.

Jeremy Epps, RotorX co-founder, told Janes on 6 April that the company is looking to increase the Palledrone’s payload capacity to 68 kg. RotorX, he said, has tested the Palledrone carrying about 48 kg. 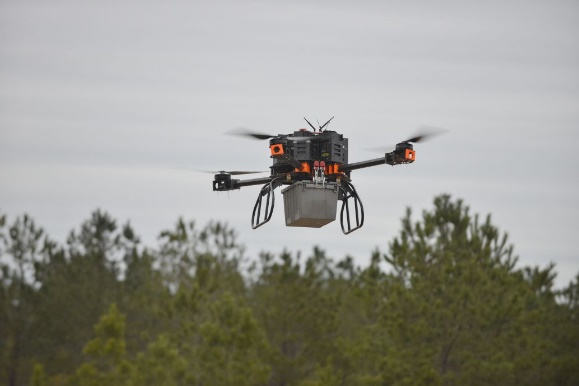 RotorX’s Palledrone autonomous heavy-lift unmanned hexacopter. The company is looking to increase the aircraft’s payload capacity to 68 kg. It has tested the Palledrone carrying about 48 kg. (RotorX)

The Palledrone’s six-rotor design provides redundancy in case of motor failure as Epps said the aircraft can fly with four motors. This was tested at AEWE 2021, which took place from 5 February to 5 March at Fort Benning in Georgia. Dmitry Bershadsky, RotorX lead engineer and CEO, told Janes on 6 April that the aircraft lost an arm during the event and that the RotorX team did not have enough spares to replace it.