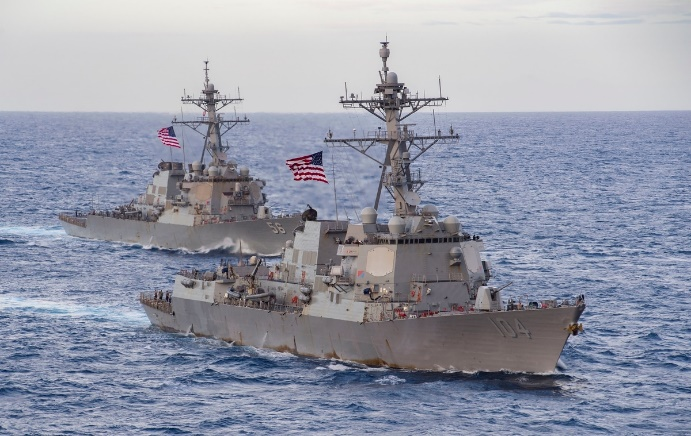 WASHINGTON — Ely Ratner, a longtime aide  to President Joe Biden, has been tapped to lead the Pentagon’s Asia office, as the Biden administration continues to fill out top security roles.

Ratner worked for Biden in the Senate, and later served as Biden’s deputy national security advisor during the Obama administration; he has been expected to receive a top national security job. He joined the department as Defense Secretary Lloyd Austin’s special assistant on China, and in that capacity has been leading a DoD-wide review onmilitary posture for countering Beijing.

Dixon has held a number of positions in the intelligence community since 2003. She worked on advanced satellite systems for the Central Intelligence Agency’s directorate of science and technology from 2003 to 2007, and then went to work for the U.S. House of Representatives Permanent Select Committee on Intelligence. In 2016,Dixon joined IARPA, the intelligence community’s research arm, as their deputy director on a joint duty assignment before being named director in August 2018.

Ratner’s nomination marks the 8th individual named as a nominee for DoD jobs in the last two and half weeks. It comes the same day as Colin Kahl, the administration’s nominee to be undersecretary of defense for policy, saw new movement on his nomination, which has been opposed by Republicans.

On April 2, the White House announced Michael Brown, the head of the Defense Innovation Unit, as the nominee for undersecretary for acquisition and sustainment, the Pentagon’s top weapons buyer; Ronald Moultrie for the job of undersecretary for intelligence and security, the top civilian intelligence role at the Pentagon; and Mike McCord as the Defense Department’s top financial official. McCord’s nomination was first reported by Defense News.

Then last week, the White House announced Christine Wormuth for Army secretary, the first time a woman has been nominated for that role. Gil Cisneros was nominated to be undersecretary of defense for personnel and readiness, while Susanna Blume was tapped to head the Cost Assessment and Program Evaluation office, known as CAPE. Days later, Mara Karlin was selected as the assistant secretary of defense for strategy, plans and capabilities.