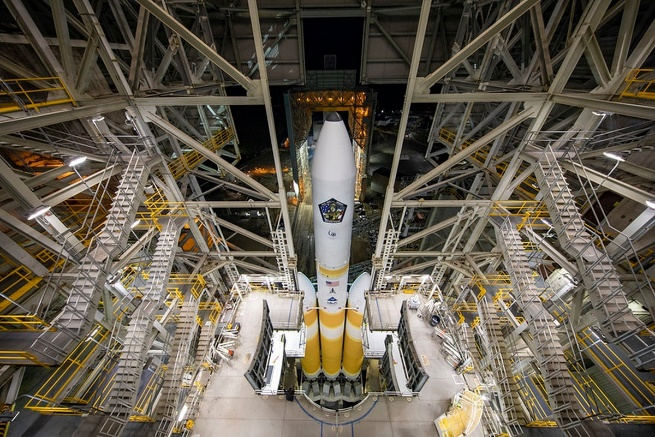 WASHINGTON — The National Reconnaissance Office launched a classified payload from Vandenberg Air Force Base, California, on April 26, marking the agency’s first launch from the site since NROL-71 in January 2019.

The NRO is the agency in charge of designing, building and launching the nation’s intelligence satellites, as well as acquiring satellite imagery from commercial providers for the intelligence community. NRO does not typically share details about its classified payloads. In this case, the group noted ahead of the launch that NROL-82 is a “national security payload designed, built and operated by the agency. NROL-82 supports NRO’s overall national security mission to provide intelligence data to the United States’ senior policy makers, the Intelligence Community and Department of Defense.”

The satellite was launched into orbit on a United Launch Alliance Delta IV Heavy rocket.

“ULA is proud of our long-standing history supporting national security space. The unmatched performance of the Delta IV Heavy is essential for launching some of our nation’s most critical national security space missions,” ULA Vice President of Government and Commercial Programs Gary Wentz said in a statement ahead of the launch. “It takes a cross-functional team to support a national security launch and we would like to thank our mission partners for their continued trust, collaboration and teamwork.”

In 2020, NRO carried out six launches, using four launch providers and five different types of rockets to get its payloads into space. The agency began 2020 with its first ever launch from New Zealand with a Rocket Lab Electron rocket.

The agency’s next launch mission will be NROL-111, which will launch later this spring from NASA’s Wallops Flight Facility in Virginia.