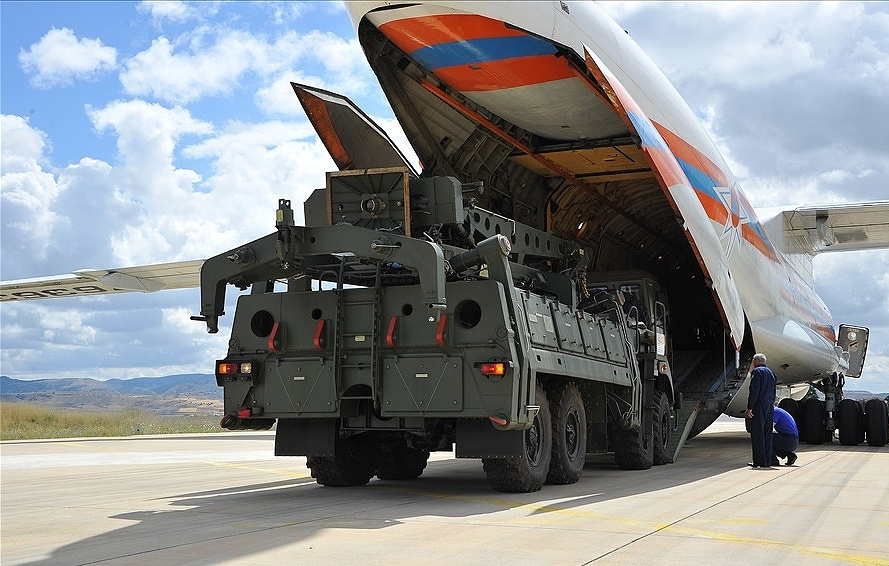 Official photos of the Turkish Defense Ministry show several prime movers and a transporter-loader of the S-400 surface-to-air missile system.

Turkey’s Defense Ministry announced on Friday that the first batch of components has been delivered to the Murted Air Base near Ankara under the S-400 deal.

“According to the plan, the third [Russian] plane has landed, the activities scheduled for today are over. The process will continue in the coming days,” Anadolu Agency quotes him as saying.

The minister noted that “in parallel with S-400 supplies, work to train personnel to install and operate these systems will continue in Turkey and Russia.”

He added that Ankara “continued to look into the feasibility of purchasing US Patriot missile systems.”

According to the Turkish Undersecretariat for Defense Industries, the remaining components will be delivered in the near future.

The first reports about the talks between Russia and Turkey on the deliveries of S-400 air defense missile systems came in November 2016. In September 2017, Russia confirmed that that the relevant contract had been signed. Turkish Defense Minister Hulusi Akar earlier said that the deployment of S-400 surface-to-air missile systems could begin in October 2019.

In December 2017, CEO of Russia’s state hi-tech corporation Rostec Sergei Chemezov noted that the S-400 deal was worth $2.5 bln.

The United States has been making attempts to prevent Turkey from purchasing Russia’s S-400 missile systems. Washington earlier warned that it might deny Turkey the purchase of F-35 fighter-bombers, if Ankara pressed ahead with the S-400 deal.

The S-400 ‘Triumf’ is the most advanced long-range air defense missile system that went into service in Russia in 2007. It is designed to destroy aircraft, cruise and ballistic missiles, including medium-range missiles, and can also be used against ground installations. The S-400 can engage targets at a distance of 400 km and at an altitude of up to 30 km.