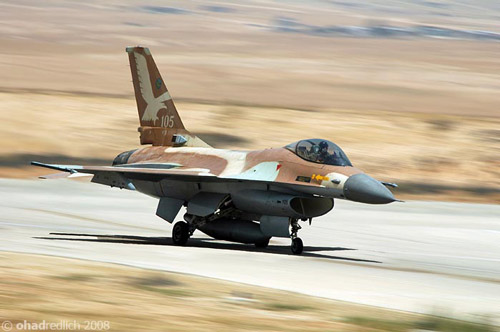 July 8, 2019: The Israeli missile like SPICE (Stand-Off Precision Guidance Munition) 250 smart bomb just got smarter. From the beginning (2005) all SPICE bombs had a camera in the nose and the capability to store several digital photos of the target (a building, radar antennae, or a moving target, like a missile transporter) in the target homing system. Many of these images are of the same target from different angles and such. When SPICE gets close enough to see what’s down there, the guidance camera compares what it sees in front of it with what is stored in its memory. If it gets a match, it heads right for it. If no target can be found, SPICE hits a specific GPS location or just self-destructs. This was called ATR (Automatic Target Recognition). Smarter SPICE has some new ATR features but just for the smallest SPICE; the SPICE 250. The upgrade is more about communication than target recognition. The new software that enables multiple SPICE 250 bombs released at once to automatically seek out and hit specific type targets while avoiding putting two SPICE bombs into one target. 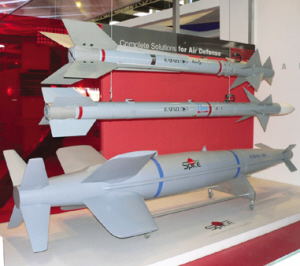 While the larger SPICE 1000 and 2000 bombs are used one at a time, more SPICE 250 bombs are carried on aircraft using special racks that hold four SPICE 250s in place of one SPICE 1000 or 2000. With those racks, SPICE 250s can be used differently than the larger smart bombs and go after moving and stationary targets. This new feature adds ATA (Automatic Target Acquisition) to ATR. This gives the pilot (or weapons officer in a two-seat fighter bomber) more options while allowing the ATA feature to make the final decision. The ATA comes with an upgraded ATR that has more target images and the ability to accept new ones. As a result the SPCIE 250 ATR/ATA system provides for more effective, flexible and upgradeable target selection and attack capabilities. One aircraft can release a dozen or more SPICE 250 bombs over an area containing a dozen or more targets and get most of those targets his accurately, with one SPICE 250 while launching aircraft moves on. If enemy air defenses are heavy, being able to use a bunch of smarter, smaller, gliding smart bombs can be a lifesaver to the bomber aircraft.SPICE itself is a variation on the original (1990s) U.S. JDAM smart bomb. When introduced in 2005 there were SPICE guidance kits for 1,000 pound (453 kg) and 2,000 pound (906 kg) unguided bombs. In the same year the U.S. introduced a smaller JDAM called SDB (small diameter bomb) which was a missile like 250 pound (114 kg) JDAM with the bomb and guidance system integrated in one aerodynamic package, along with small wings that allowed it to glide up to 60 kilometers to the target. In 2013 Rafael introduced SPICE 250 which was similar, but more capable than SDB because it had a more capable guidance system. The new ATR/ATA guidance system makes SPICE 250 more capable than the latest SDB Stormbreaker upgrade.SPICE equipped bombs have small wings so that SPICE can be dropped up to 100 kilometers from the target and those wings enable the bomb to glide long distances. SPICE costs about twice as much as JDAM kits and is similar to earlier (pre-JDAM), and much more expensive, U.S. smart bomb designs like Paveway. The latest version of SPICE has a much improved ATR guidance sensor (camera) and computer and can store up to a hundred images of potential targets as well as instructions on what to hit when there are multiple choices.In 2016 Israel equipped more of its F-16C fighters to use the SPICE 1000 guided bomb. Israel has 434 F-16s and until this upgrade only the most capable F-16s, the F-16I types (23 percent of the F-16 fleet) were so equipped. The F-16Cs are 31 percent of the fleet. In addition, the 25 Israeli F-15Es can handle SPICE 1000 as do the F-35s that entered service at the end 0f 2017.SPICE tech had other applications as well. Israeli defense firm Rafael combined two of its air-launched weapons to produce the Rocks missile that, when launched from an F-16s, F-15s and F-35s.F-16 or F-35, uses a solid fuel rocket motor to send it on an upward trajectory so that the missile descends on the target at the speed of a ballistic missile. This makes Rocks very difficult to intercept. Rocks uses GPS/INS to reach the vicinity of its target where its terminal guidance system, the SPICE ATR takes over. The Rocks version of the ATR guidance system is modified to operate for use by missile descending at very high speed. That means the SPICE mechanical element (small fins) are built to handle the greater stress of the high-speed descent and shorter time to identify and head for the target. The propulsion system and outer shell of Rocks comes from Israeli 3.2 ton Silver Sparrow ballistic missile target rocket. These targets are missiles carried to a high altitude by an F-16, F-15 or a transport. When launched, the missiles fly higher and then plunge earthward at a speed and trajectory nearly identical to that of a ballistic missile. This provides an accurate target for testing anti-missile systems, like the Israeli Arrow. Sparrows are about eight meters (twenty-six feet) long and look like large missiles with a reentry type warhead that has the shape of an object designed to survive the heat from a high-speed plunge back to earth. That is simulated by using the rocket to speed up the warhead as it heads down. To a radar that speed makes it look like a ballistic missile warhead reentering the atmosphere. These warheads come in at different speeds depending on the range of the missile being impersonated. Longer range missiles have a higher re-entry speed and that higher speed makes the warhead harder to track and hit with an anti-missile missile.Sparrow is a mature system. The Silver Sparrow appeared in the 1990s to help test the new Arrow anti-missile system. That 1.4 ton Black Sparrow simulated earlier models of the Russian SCUD short range (about three-hundred kilometers) ballistic missile. The 1.8 ton Blue Sparrow simulates later, longer range (up to a thousand kilometers) models of the SCUD type missiles. Sparrow is used over the Mediterranean where the aircraft launches it towards an imaginary target off the coast. The Arrow radar is pointed in that direction and detects the incoming warhead and the Arrow interceptor missile launches to go after the warhead. Shipping and aircraft are warned to avoid the target area during the test but once, in 2013, a Russian electronic monitoring and radar tracking ship (a “spy ship”) was off the Syrian coast to keep an eye on NATO warships in the area (for the Assad government) and spotted the Sparrows plunging earthward. The Russians reported the mysterious use of ballistic missiles and the Israelis quickly revealed that these were Sparrows, not ballistic missiles. With the addition of SPICE ATR turns the Sparrow into more than just a simulated ballistic missile. With SPICE and an explosive warhead added Sparrow becomes the largely unstoppable Rocks guided missile.