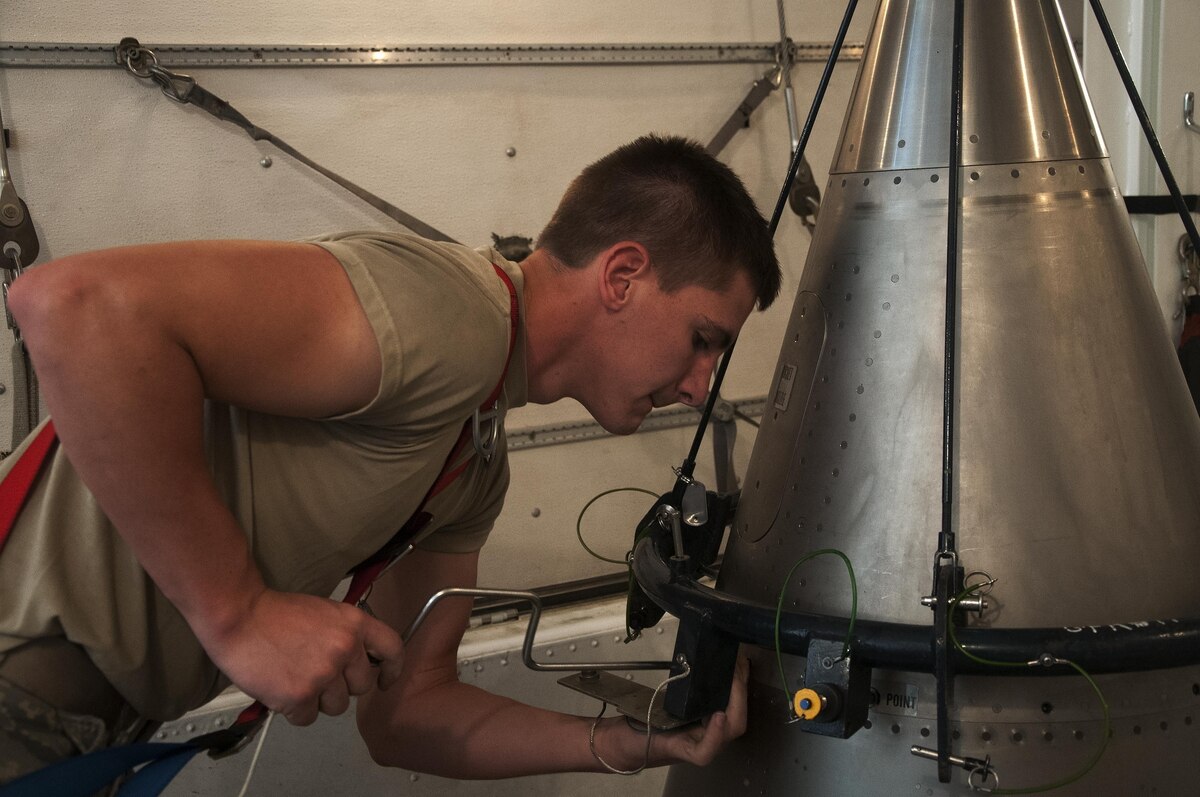 LONDON — The Air Force moved its competition for new intercontinental ballistic missilesto the next stage on July 16, releasing a solicitation for the weapon system’s first five production lots.

The contract for the Ground Based Strategic Deterrent’s engineering, manufacturing and development phase is expected to be awarded in the fourth quarter in 2020. The Air Force will choose a single winner from the two companies — Boeing and Northrop Grumman — currently involved in the program’s technology maturation and risk reduction phase.

Although the details of the solicitation are classified, the Air Force intends to award the GBSD contract to the company that provides “the best overall value,” said Maj. Gen. Shaun Morris, the Air Force program executive officer for strategic systems and commander of the Air Force Nuclear Weapons Center, which is leading the procurement. This means that proposals will take into account both capability and cost.

Morris added, “The GBSD will be designed to be adaptable and responsive to the challenges posed by the pace of technological change and new threat environments.”

GBSD will replace the Minuteman III ICBMs, which were fielded in the 1960s and have gone through only minimal upgrades over their 50 years of use. Fielding a follow-on capability is a major priority of the Defense Department, with its acquisition executive Ellen Lord stating in May that there is “no margin” to do another service life extension for the Minuteman III.

The Air Force hopes to see GBSD come online in the mid-2020s.

In August 2017, the service awarded a $349 million contract to Boeing and $328 million to Northrop to mature their designs and reduce risk, cutting Lockheed Martin from the competition.

It is unclear how much the program will ultimately cost. The Pentagon’s Cost Assessment and Program Evaluation office previously estimated its price tag as anywhere from $85 billion to $100 billion, but CAPE’s newest estimate, produced in June, has not been disclosed.

“The GBSD program office members have worked hard to analyze the costs of every requirement, used modeling and simulation to evaluate every decision and keep the design, development and deployment of the weapon system on track,” Col. Jason Bartolomei, GBSD program manager, said in a statement. “The EMD request for proposal is the next step in the development of a safe, secure and effective GBSD weapon system.”

Gen. Timothy Ray, who leads Air Force Global Strike Command, said in April that he expects the price of GBSD to grow in the short term as the service makes up-front investments to its missile silos and other infrastructure, which will be reused in the GBSD program.

However, the Air Force projects that both Boeing and Northrop will submit competitive bids for the EMD contract, which could result in the price ultimately going down, Ray added.

“Our estimates are in the billions of savings over the lifespan of the weapon, based on the insights,” he said.