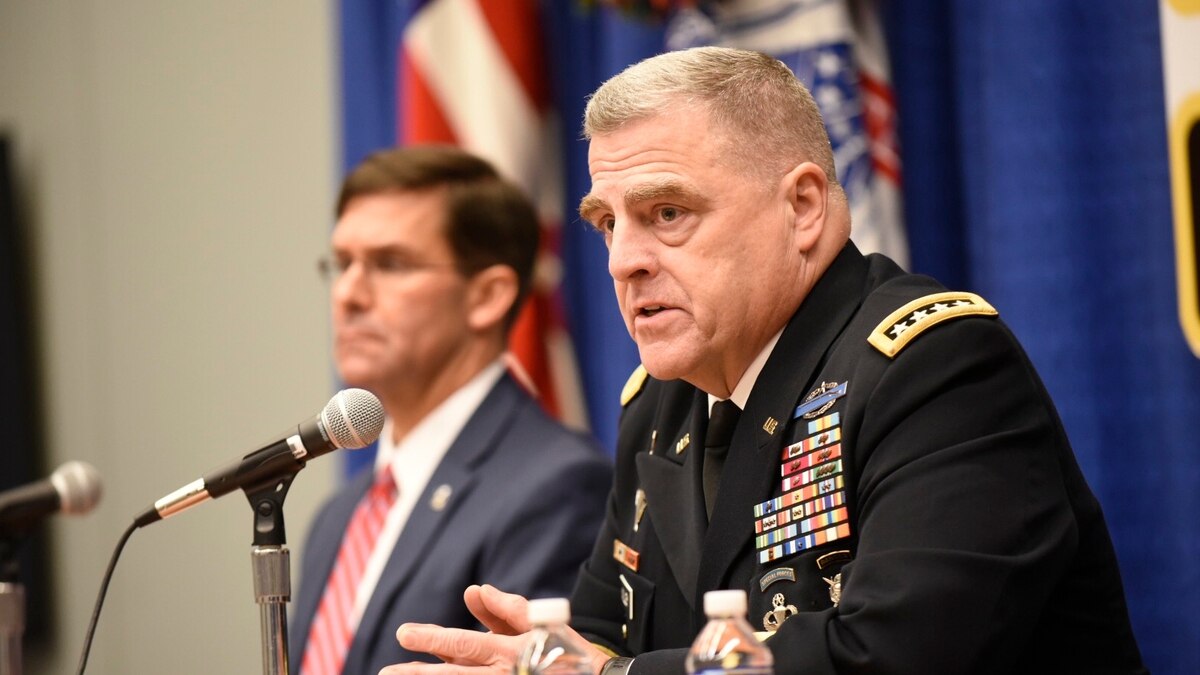 The panel confirmed the duo in separate voice votes Thursday during a closed meeting, which sets them up for Senate confirmation votes as soon as Thursday, but more likely next week. Senate Majority Leader Mitch McConnell, R-Ky., is expected to set the timing for their votes.

The action came as the Pentagon nears 200 days without a permanent top leader, by far the longest absence in the history of the department. More than a dozen jobs there have no permanent occupant.

“I’m very pleased with Milley and Esper, and we need to get more [nominees],” SASC Chairman Jim Inhofe, R-Okla., said after exiting the meeting. “I’ve said this to the White House so we can get more people to go through the [confirmation] process. I think we’ve made some headway today in getting it done; we did it the right way.”

Earlier in the day, Inhofe announced a SASC confirmation hearing for next Tuesday for Defense Department Comptroller David Norquist to become deputy defense secretary. Norquist has been performing those duties for the past several months.

Massachusetts Democratic Sen. Elizabeth Warren, a 2020 presidential hopeful, confirmed she asked to be recorded voting “no” on Esper, and she intends to deny unanimous consent for a vote on Esper this week. Esper otherwise seems to have broad bipartisan support in the Senate.

Warren came out against Esper after he declined to agree to recuse himself from all matters related to the defense firm Raytheon, for whom he worked as a lobbyist for six years. She said during a testy exchange at his nomination hearing Tuesday that his nomination “smacks of corruption, plain and simple.”

Thursday’s hearing was closed for a discussion on allegations of sexual misconduct against the four-star general nominated to be the military’s No. 2 officer. On April 12, a service member came forward with the allegations against Gen. John Hyten, currently the head of U.S. Strategic Command.

The committee made no immediate announcements about Hyten and was still said to be deliberating on a course forward Thursday morning.

Warren called the Hyten situation “a difficult personnel matter” and “confidential,” while other lawmakers declined to comment after exiting the Senate secure compartmentalized information facility.

Esper was on Capitol Hill on Thursday to meet with lawmakers. Ahead of the panel’s announcement, he declined to comment to reporters.

Senate Republicans have moved quickly on Defense Department nominations in recent days, scheduling Esper’s confirmation hearing for just hours after his official paperwork arrived on the Hill and pushing for a final chamber vote 48 hours after that questioning.

Under SASC rules, the panel typically waits seven days between receiving a formal nomination and voting out the nominee. It waived the rule for Esper and Norquist.

“It is very troubling that there are almost 20 top jobs across the Pentagon and military that are vacant or being filled on a temporary basis,” Reed said in a statement. “The President needs to realize this is a significant problem and quickly nominate qualified nominees for these key positions.”

Leo Shane III, of Military Times, contributed to this report.