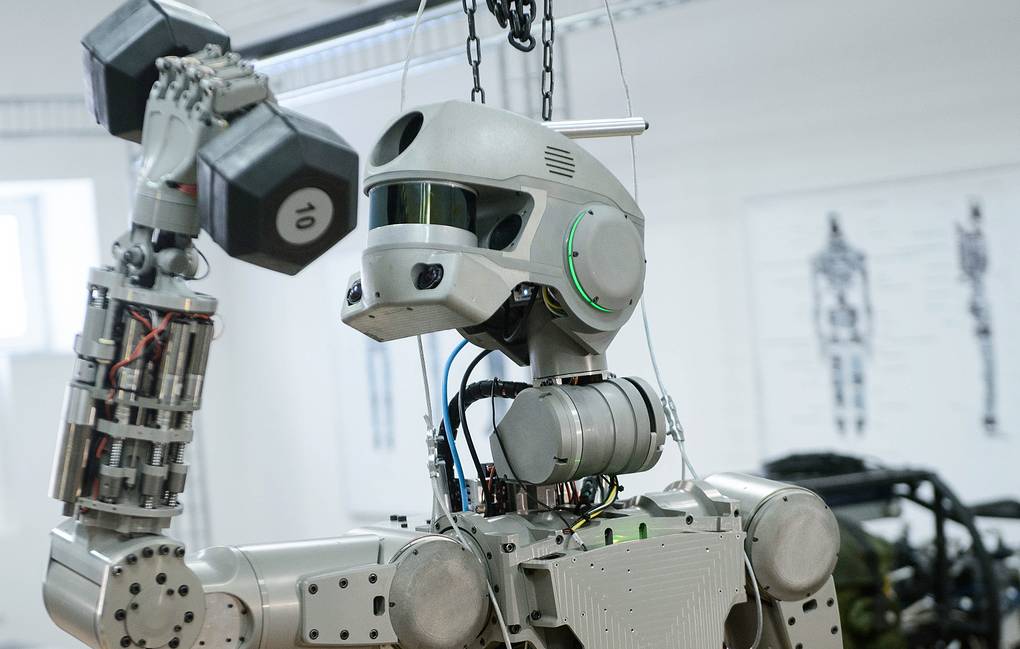 BAIKONUR SPACE CENTER /Kazakhstan/, July 20. /TASS/. The flight to the International Space Station (ISS) by Russia’s humanoid robot FEDOR (Final Experimental Demonstration Object Research) will be the first step in the use of anthropomorphic robotic systems in the study of space, Roscosmos Director General Dmitry Rogozin said on Saturday.

“This [FEDOR’s launch] will be the first stage of work with anthropomorphic systems, enabling us to proceed further into the far space,” Rogozin told reporters at the Baikonur space center in Kazakhstan after Saturday’s launch of the Soyuz MS-13 manned mission to the ISS.

He said FEDOR’s space mission would be “very important for operations aimed at replacing humans in performing the riskiest tasks, including future manipulations outside space stations.”

The robot will be sent to the ISS on board the Soyuz MS-14 spacecraft, to be launch atop the Soyuz 2.1a rocket on August 22.

According to Rogozin, Russian cosmonaut Alexander Skvortsov underwent the training required to handle the robot, and was ready to welcome the ‘crew’s assistant’ on board the ISS.

The FEDOR android robot was created by Android Technics and the Russian Foundation for Advanced Research Projects (FPI) under a technical assignment from Russia’s Emergencies’ Ministry. The robot’s demonstration model under the Rescuer project was made in 2016. Originally, the robot was known under the notional name of Avatar but it was later dubbed FEDOR, which stands for Final Experimental Demonstration Object Research.

On April 11, Roscosmos Director General Dmitry Rogozin said FEDOR was handed over to Roscosmos and Energia Rocket and Space Corporation to study the possibility of its use in Russia’s space programs.