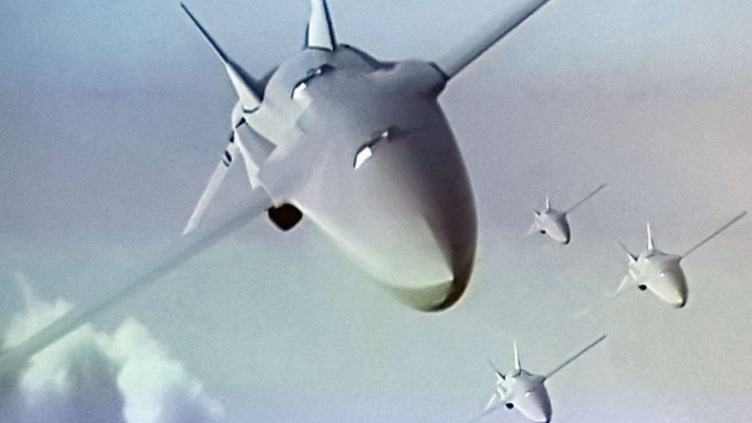 ‘Loyal wingmen’ of swarming unmanned aircraft are increasingly being seen as a viable option for defeating enemy air-defence systems, and the UK is looking to field such a concept operationally through Project ‘Mosquito’ being undertaken as part of its wider LANCA programme. Source: Airbus via IHS Market/Gareth Jennings

The UK Ministry of Defence (MoD) has announced a series of contracts to develop unmanned capabilities on fast jets.

“At the launch of the Combat Air Strategy last year, the MoD revealed the concept future fighter jet Tempest. The vision of the jet featured advanced flexible power and propulsion systems, a virtual cockpit, swarming weapons and laser-directed energy weapons. Operated either manned or unmanned, it would be rapidly upgradeable and cyber resilient. Following on from last year’s announcement, a new project to develop a novel unmanned combat aircraft has been announced by the RAF and the Defence Science and Technology Laboratory (Dstl),” defence minister Stuart Andrew said on 19 July.

As noted by the MoD the LANCA programme aims to explore the utility and feasibility of unmanned capabilities, which can be added to existing and future fast jet aircraft, “specifically those that offer substantial reductions in programme costs and development timelines”.

These capabilities include, but are not limited to, the use of ‘loyal wingmen’ that see unmanned aircraft flown in concert with a manned aircraft, as well as swarming unmanned aircraft designed to overwhelm enemy air defences. “The swarm will hunt for enemy radar and missile systems and then cue our other aircraft to avoid or destroy them”, the MoD previously told Jane’s.