By: Hyung-Jin Kim, The Associated Press 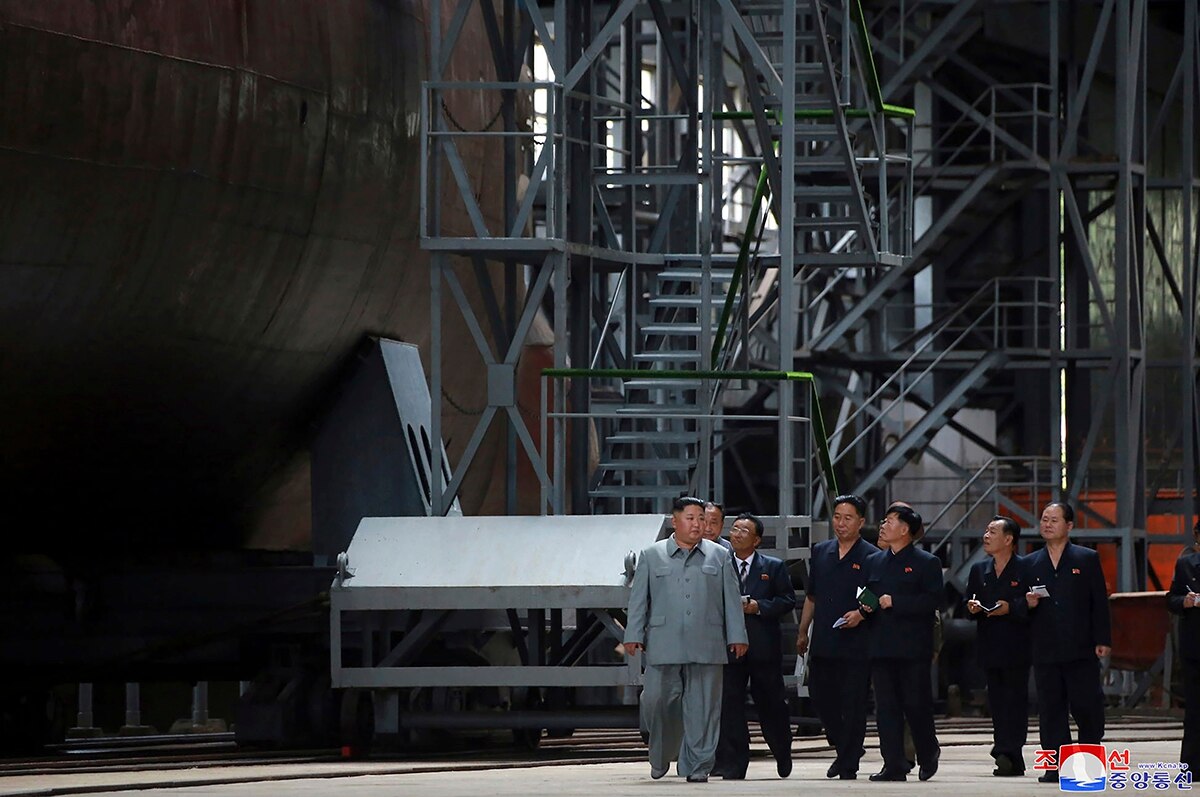 SEOUL, South Korea — North Korea leader Kim Jong Un has inspected a newly built submarine and ordered officials to further bolster the country’s military capability, state media reported Tuesday, as the North is increasing its pressure on the United States ahead of the possible resumption of nuclear diplomacy.

Last week, North Korea said it may lift its 20-month suspension of nuclear and missile teststo protest expected military drills between the United States and South Korea that North Korea views as an invasion rehearsal.

The submarine report comes as the U.S. and North Korea work to resume talks after a meeting late last month on the Korean border between Kim and President Donald Trump. Diplomacy has been stalled since the second Kim-Trump summit in Vietnam in February fell apart due to differences over U.S.-led sanctions on North Korea.

The Korean Central News Agency reported Kim expressed “great satisfaction” with the submarine after learning about its operational and tactical data and weapon systems.

Kim “stressed the need to steadily and reliably increase the national defense capability by directing big efforts to the development of the naval weapons and equipment such as submarine,” according to KCNA.

KCNA didn’t say exactly when and where Kim’s inspection of the submarine occurred. It said the submarine’s operational deployment “is near at hand.”

The construction of a new submarine suggests North Korea has been boosting its military capability despite nuclear diplomacy with the U.S. that began early last year. North Korea has repeatedly said it’s willing to abandon its nuclear program in return for political and economic benefits.

It wasn’t immediately known exactly what kind of a submarine North Korea has built. But its efforts to develop submarine-launched missile systems are a serious concern for rivals and neighbors because missiles from submerged vessels are harder to detect in advance.

Before it entered talks with the United States, North Korea claimed to have successfully test-fired ballistic missiles from submarines, though many outside analysts say North Korea likely remains years away from having an operational system.

There has been little public progress despite the most recent Trump-Kim meeting, and the North’s release of the submarine photos could be a way to both increase pressure on the United States ahead of any renewed talks and remind its rival of its demands.

North Korea wants widespread relief from harsh U.S.-led sanctions in return for pledging to give up parts of its weapons program, but the United States is demanding greater steps toward disarmament before it agrees to relinquish the leverage provided by the sanctions.

While a submarine that North Korea used to fire a missile in 2016 and 2017 should be regarded as a test platform with a single launch tube, the new submarine is likely to be one with two to three launch tubes that can be operational, said Kim Dong-yub, a North Korea expert at Seoul’s Institute for Far Eastern Studies.

The development of a submarine with ballistic missile tubes would be a “sensitive” issue because it could be linked to an effort to strengthen North Korea’s nuclear capability, Kim said. But he said the fact that North Korea still didn’t disclose the submarine’s capability suggested that it may be aiming to boost military morale at home, rather than threatening and pressuring the U.S.

The submarine’s disclosure came as U.S. national security adviser John Bolton arrived in South Korea on Tuesday for talks on North Korea and other issues.