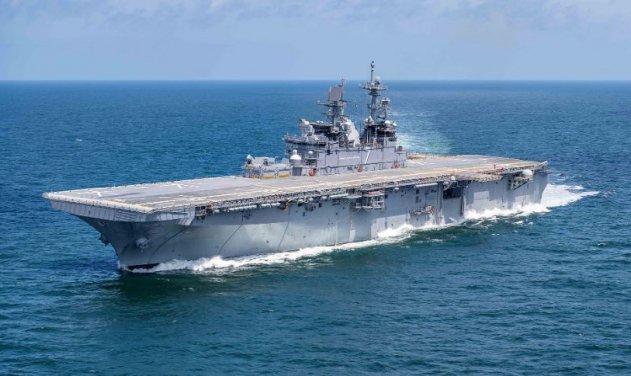 The second ship in the America-class spent four days at sea in the Gulf of Mexico, testing the ship’s main propulsion, combat and other systems before returning to HII’s Ingalls Shipbuilding division.

USS America (LHA 6) is the first ship of this class. The third ship Bougainville (LHA 8) is currently under construction at the HII shipyard.

The mission of the USS America is to act as the flagship of an expeditionary strike group or amphibious ready group, carrying part of a Marine expeditionary unit into battle and putting them ashore with helicopters and V-22 Osprey tilt-rotor aircraft, supported by F-35B Lightning II aircraft and helicopter gunships.

The USS Tripoli is designed for survivability with increased aviation capacity, including an enlarged hangar deck, realignment and expansion of the aviation maintenance facilities, increase in available stowage for parts and support equipment, and increased aviation fuel capacity.