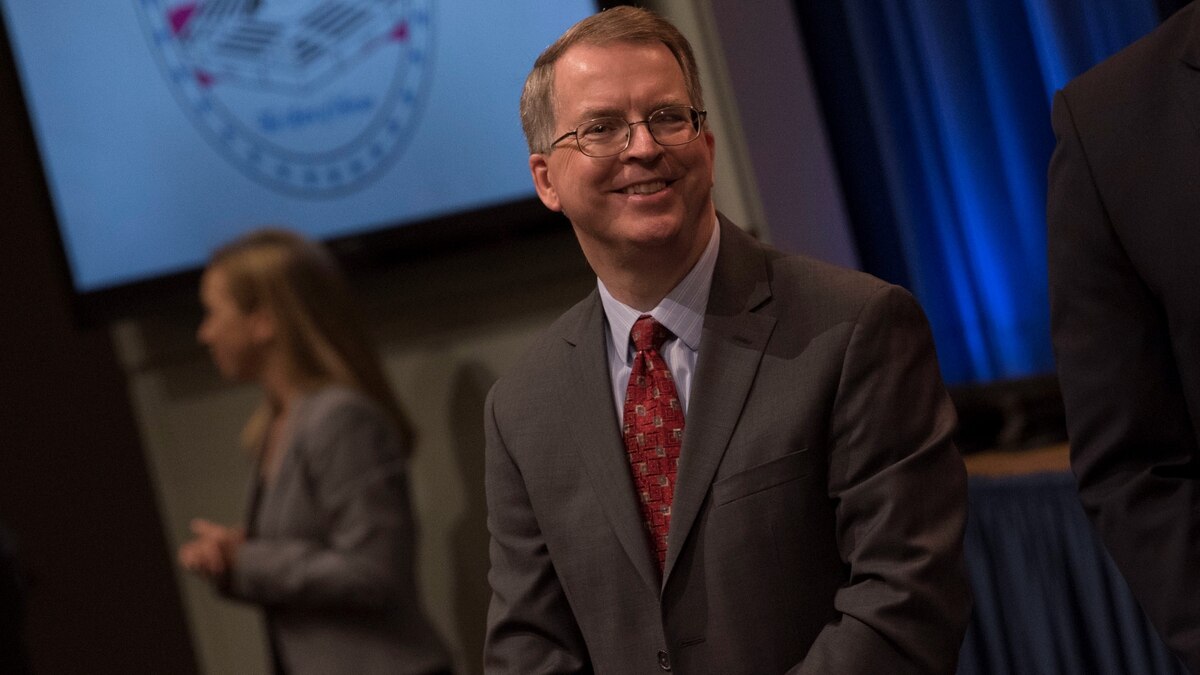 WASHINGTON — The Trump administration’s nominee for deputy defense secretary wants the Pentagon to apply data analytics and artificial intelligence to tackle jobs as diverse as technology development, the Pentagon audit and maintenance of the F-35 fighter jet.

More broadly, David Norquist, the Pentagon comptroller who for most of this year has served as acting deputy defense secretary, told the Senate Armed Services Committee on Wednesday that the U.S. needs to more heavily invest in developing technology to execute the 2018 National Defense Strategy. The strategy focuses on competition with Russia and China.

The strategy will be “hampered without appropriate funding, development and timely fielding of emerging technologies, notably cyber, space, artificial intelligence, and missiles,” Norquist said in written responses to questions posed in advance by the committee. He called modernizing the military to compete, deter and, if needed, prevail in a high-end fight one of the job’s most significant challenges.

“Today, we find ourselves in a new and different moment in American security,” Inhofe said. “The American people take our military superiority for granted. China and Russia have passed us in a lot of key areas that we have discussed.”

“Our overmatch in areas a decade ago was very clear. That overmatch has diminished,” Reed said, adding that the Department of Defense must extend its tech development efforts into academia and the private sector.

Norquist also touted the administration’s request for a $32 billion increase in research and development, to include cyber, missile range, hypersonics and lasers — but he called out artificial intelligence as unique.

“Artificial Intelligence is different because the potential benefits are less clear; you know what you’re going to get with a hypersonic missile,” he said. “But artificial intelligence has the potential to change a lot about how we use [unmanned aerial vehicles] and other items. That puts an emphasis on analytical skills, researching and prototyping.”

In a related exchange, Norquist touted a DoD project to harness AI in disasters to find people in need of rescue through video analysis — and said he wants more work with the private sector on similar projects.

Norquist’s hearing comes on the heels of the Senate’s overwhelming confirmation of Mark Esper, the former Army secretary, as the 27th secretary of defense. Confirmation for Norquist and Esper, who replaces Defense Secretary Jim Mattis, is expected to hasten an end to the vacancies in other top Pentagon jobs.

The hearing lasted 100 minutes and went smoothly, with the tone set at the very start, when Inhofe said he would vote for him. Inhofe said he had recommended Norquist to the president as an ideal No. 2 for a Pentagon with more than a dozen open civilian positions at the top.

“I remember telling the president it doesn’t matter who’s secretary of defense,” Inhofe said, “as long as you have Norquist.”