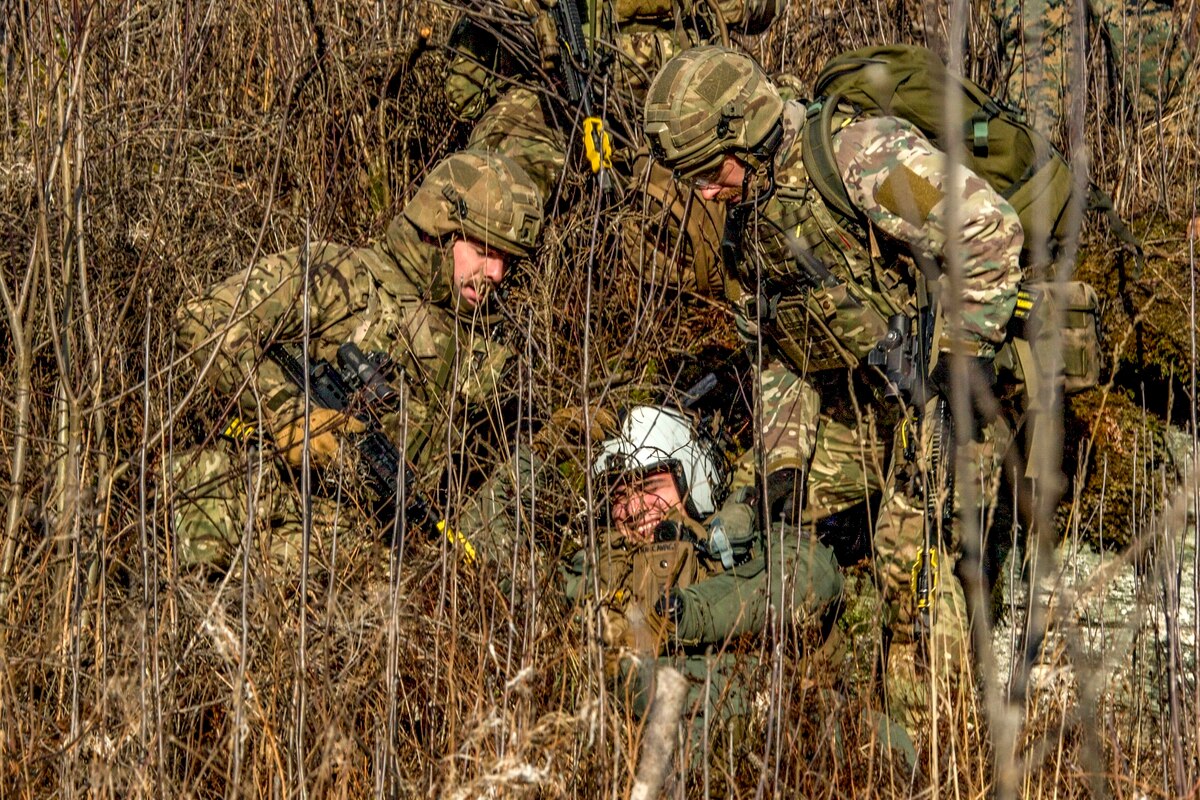 U.S. President Donald Trump issued an executive order in May restricting the access of foreign telecommunications suppliers to U.S. markets, signaling an escalation of the dispute between the United States and the Chinese telecommunications company Huawei.

Less than a week later, Google decided to debar Huawei, a market leader in fifth-generation (5G) telecommunications technology, from some Android updates. The move meant that future Huawei smartphones could lose access to apps on the Google Play platform, as well as some security updates, when a new version of Android is launched later in 2019.

The White House views Huawei’s participation in the construction of its 5G network as a security risk, and this year the Trump administration has led a campaign to encourage allies around the world to impose similar restrictions. The case highlights the potentially transformative implications next-generation technologies, including 5G, could have on military conflict. But given its role at the leading edge of military and intelligence deployments, one organization is paying special attention to these trends: the NATO special forces community.

“The 5G debate is so important in helping us to understand why the president of [the] U.S. makes such a big deal out of it,” Rob de Wijk, director at The Hague Centre for Strategic Studies, told C4ISRNET. State actors who “win” the race to understand and embrace these technologies will control critical infrastructure and accessibility to it throughout the world, he said.

The NATO special operations community is considering the implications of the what the World Economic Forum and others have described as Fourth Industrial Revolution technologies. This includes an emphasis on intelligence, surveillance and reconnaissance; artificial intelligence and machine learning; 5G/6G wireless connectivity; and the internet of things.

The NATO Special Operations Headquarters, located inside Supreme Headquarters Allied Powers Europe at Mons, Belgium, is focused on these evolving threat dynamics, specifically in the wider context of the competition between Alliance member forces and near-peer/high-capability adversaries such as China, Iran, North Korea, and Russia.

Speaking to C4ISRNET, officials at NATO’s special operations’ headquarters explained how the organization accepts the presence of an “increasingly unstable strategic environment”, adding: “There is growing recognition that certain state and non-state actors seek to undermine the rules based international order by encouraging and enabling disorder and destabilization.

“The challenges faced by NATO today are multi-domain, trans-regional and span the spectrum of conflict, increasing uncertainty and making anticipation and attribution of threats more difficult.”

De Wijk, who is a member of the headquarters’ special operations steering group, explained to C4ISRNET how the advent of these technologies was creating a multi-faceted counter strategy.

He referenced a series of operational requirements for the NATO special operations community. These included the creation of superior situational awareness and situational understanding (generated by using sensors and data from diverse suppliers and from all military domains, including cyber and space); the application of anti-access/area-denial bubbles around friendly force assets to bolster defense; the employment of agile and autonomous defense systems for self-protection; extensive use of unmanned systems with low observability qualities; covert tactics to optimize the use of submersibles and SOF; attacking enemy A2AD capabilities through a concerted multi-domain, multi-level strategy; and coalition efforts to ensure Freedom of Navigation/Movement in order to challenge territorial claims which attempt to channel sea traffic or deny access.

According to de Wijk, big data and AI will play an increasingly critical role in processing information into actionable intelligence. “In war-fighting scenarios, resilient defense concepts should consider ever tightening Observe-Orient-Decide-Act loops that are highly automated, particularly given the development of smart, supersonic, and hypersonic weapons, and of swarm tactics. Those developments could radically change the face of war with important consequences for navies around the world,” he suggested.

This form of ‘hyper war’ would allow artificial intelligence and machine learning algorithms to optimize decision-making processes, and potentially to take the human “out of the loop” in targeting cycles. Combined it would “drastically shorten [the time taken to move around] the OODA loop”. De Wijk said that, “governments willing to take humans out of the loop will have a decisive advantage. When you take humans out of the loop, it shortens the OODA loop dramatically. China and Russia are willing to do this… as opposed to Western countries.”

His message is similar to the future military leaders at the Pentagon have been describing in recent years.

As in the United States, any discussion of competition starts with China and Russia.

“China will not create a traditional bloc but will use its Belt and Road Initiative to create spheres of influence,” de Wijk said. “It will use debt trap policies for increasing its military footprint. Russia will try to establish a bloc made up by the former Soviet republics and will create new buffer zones including Ukraine, Georgia, and Moldova.” He told C4ISRNET that the NATO’s special operations headquarters had only recently started discussions regarding the threat of Chinese and Russian interference to national sovereignty in eastern Europe and the Indo-Pacific.

The NATO SOF Commander’s Conference, held in Dublin in March, represented the first time that the international special forces community had met to openly discuss Chinese and Russian threats in these specific areas.

Special operations are likely to center around the execution of strategic reconnaissance missions in the future to ensure ‘free and open’ access to areas such as the Indo-Pacific.

“NATO must do it differently and in a clever way and we need SOF for that”, de Wijk said. “A new global power struggle is emerging. The [new technologies] will facilitate China’s rise and military dominance. Asymmetric response is only part of the solution. Traditional SOF missions will remain important but more emphasis should be placed upon inter-state conflict and peer competition.”

As a result, special forces must be prepared to identify and employ new tactics to maintain their operational relevance.

“New [tactics, techniques and procedures] could see SOF stealing drones from adversaries in order to detect their own systems. We have to think about it and be very creative to encounter new threats.”

Now, the NATO special forces community is considering its response to these requirements.

Meanwhile, Belgium’s Special Operations Regiment (which is represented at NSHQ) is weighing how it will operate across this rapidly evolving operating environment. Speaking to C4ISRNET, Capt. Jan Weuts, who works on capability development at the Dutch Army Special Forces Centre of Expertise for Special Operations, emphasized a shift towards more operations enabled by “human-machine” teams in order to support more “strategic cognition, decision-making and actions”.

Weuts said that next-generation technology types “could take SOF operators out of the [OODA] loop.” He noted that autonomous solutions including unmanned aerial vehicles (UAVs), unmanned ground vehicles, and unattended ground sensors could soon be relied upon to execute special reconnaissance mission sets.

“Military assistance and special warfare operations are only going to gain in importance,” Weuts said. He highlighted emerging potential in command and control, intelligence, surveillance and reconnaissance capabilities as well as AI. This includes accessibility to “tailored” social media analysis tools; collaborative mixed reality tool sets to support decision-making; and augmented reality systems capable of being integrated into head- or helmet-mounted displays.

Weuts also described how AI could assist in enabling the tactical use of swarms of drones to support urban warfare requirements and precision targeting. Such a solution, he added, could ensure redundancy with multiple air frames tasked with the same mission.

“AI-enabled UAVs and unmanned ground vehicles will become increasingly… important and fast. Moreover, this level of technology is also quite achievable by irregular opponents, so we have to start developing this capability now,” Weuts explained. However, with the risk of information overload, Weuts asked whether information would “distract or assist operators”.

Western states are likely to consider the consequences of power shifts associated with these new technologies.

As a result, the international special operations community must remain focused on exploiting next-generation technology such as big data, artificial intelligence and machine learning. However, how these teams can harness and understand these capabilities while mitigating the cognitive burden on operators already conducting highly stressful and complex tasks in austere conditions will be critical.

Such considerations were discussed at the U.S. Army Special Operations Command’s inaugural artificial intelligence/machine learning workshop at Fort Bragg, North Carolina in December. The workshop aimed to consider how artificial intelligence and machine learning could support future special operations in the “physical, virtual and cognitive” realms.

“These capabilities could significantly improve overall force effectiveness,” it read. “Technologies that use AI and [machine learning] technologies have the potential to change the way our units operate in the current security environment. These technologies are not for the distant future but are prevalent today. The Department of Defense has the potential to seize opportunities against our would-be adversaries by capitalizing upon these capabilities in artificial intelligence and machine learning. “