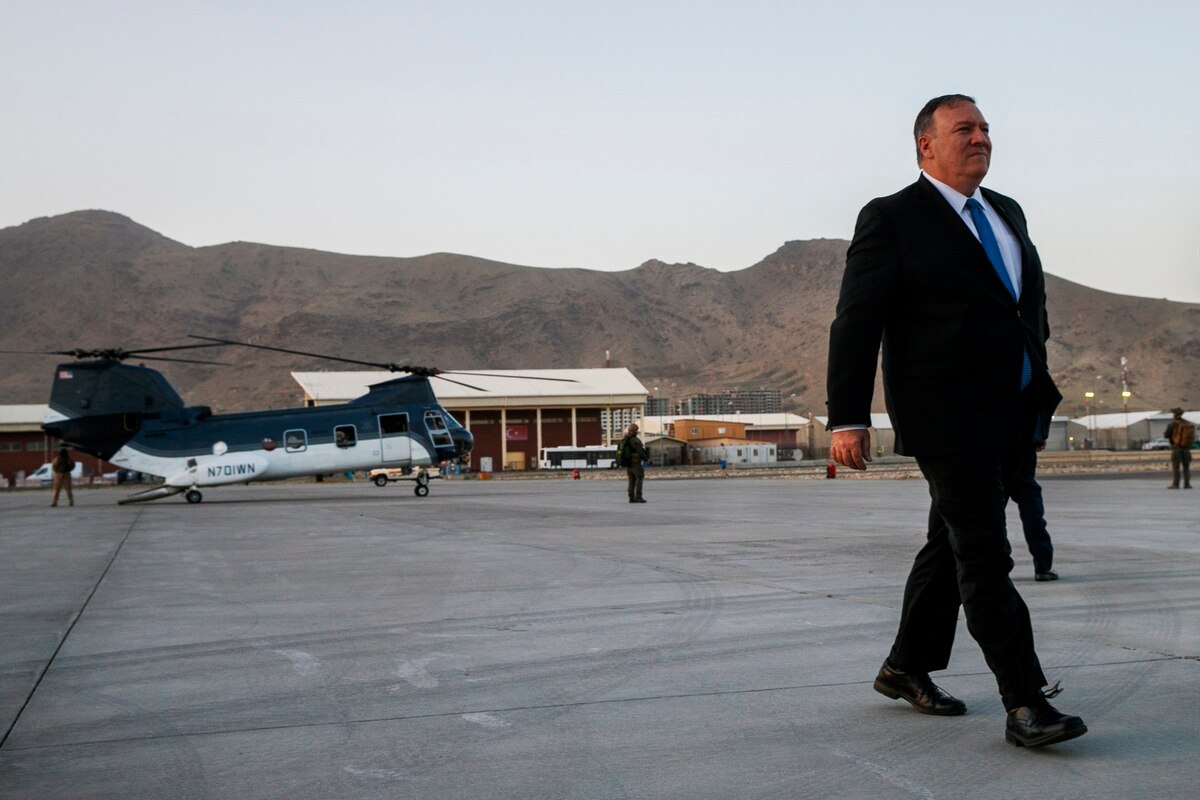 Secretary of State Mike Pompeo said Monday that President Donald Trump wants the number of U.S. troops in Afghanistan drawn down before the 2020 presidential election, adding that he has seen “real progress” with security in the area.

The comments came just a few hours before NATO officials announced two U.S. service members were killed in Afghanistan during train-and-assist missions there. About 14,000 U.S. troops are currently stationed in the country.

During remarks at The Economic Club Of Washington, Pompeo said the troop withdrawal is consistent with past requests from Trump, who has said he wants an end to U.S. involvement in the nearly 18-year-old war.

“End the endless wars, draw down, reduce,” Pompeo said. “It won’t just be us. … we hope that overall, the need for combat forces in the region is reduced.”

When asked about timing the withdrawal to the 2020 election, Pompeo laughed that “it’s not only my expectation, it would be job enhancing.”

Pentagon officials referred all questions on the comments to the State Department.

Despite Trump’s past promises to reduce the U.S. military footprint in Afghanistan, the number of U.S. forces there has increased in the two-plus years since he took office. Earlier this month, he said that if America wanted to get out of the conflict quickly, Afghanistan “would be wiped off the face of the Earth.”

Those comments drew concerns from Afghan government leaders and ridicule from Taliban officials.

Trump has also said that U.S. military leaders have been reluctant to draw down forces in Afghanistan, given continued instability there.

Pompeo said negotiations with the Taliban on a cease fire and permanent end to hostilities have shown promise.

“When I was there last, I met with (non-governmental organizations), I met with women’s groups, a broad swath of Afghanistan,” he said. “We want them to take their country back and we want to reduce what is for us tens of billions of dollars a year in expenditures and enormous risk to your kids and your grandkids who are fighting for America.”

So far this year, 12 U.S. service members have been killed in fighting in Afghanistan, and nearly 60 others injured. More than 2,400 have died there since the war began in 2001.