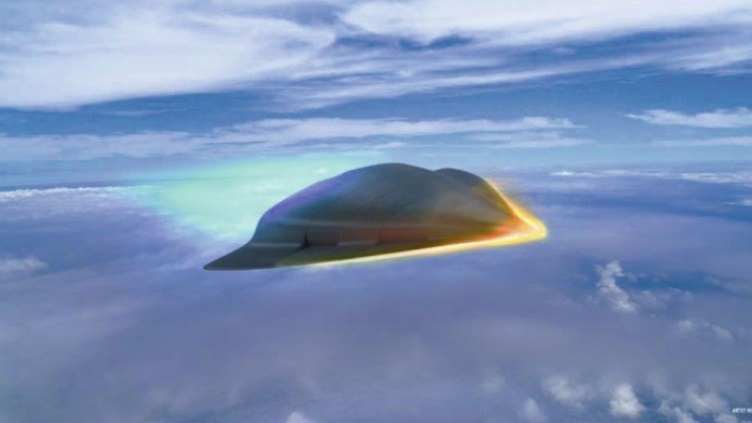 Raytheon, in co-operation with the US Defense Advanced Research Projects Agency (DARPA), has completed a baseline design review of the company’s winged concept solution for the Tactical Boost Glide (TBG) hypersonic weapons programme. According to a Raytheon statement on 29 July, the review establishes the company’s technical approach for the critical design review (CDR) milestone.

Launched in 2014, the TBG programme is a joint DARPA/US Air Force (USAF) initiative to develop and demonstrate technologies to enable future air-launched, tactical-range hypersonic boost glide systems. In a boost glide system, a tactical payload is boosted to a high endo-atmospheric altitude at hypersonic speed (hypersonic weapons typically travel at speeds in excess of Mach5.5), separates from its booster, and glides down to its target.

DARPA awarded Raytheon US63.3 million in March to progress its TBG concept from the preliminary design review (PDR) phase to the CDR phase. The award builds on an initial USD20.5 million prototype research contract awarded to Raytheon in April 2015 to develop and demonstrate technologies to enable a TBG concept; Lockheed Martin was awarded a parallel USD147.3 million contract in September 2016 to develop its TBG concept solution.

Raytheon will not comment on specific details of its TBG concept solution. Thomas Bussing, vice-president of Raytheon Advanced Missile Systems, told Jane’s earlier this year, “Typically the outer mould lines, the performance of the system, and how it would be used is classified. What I can say is that we are developing a hypersonic glider with a very high-lift-over drag ratio.”

TBG is a two-phase effort that will include ground and flight testing to mature critical technologies, and aims to demonstrate the system’s performance through the integration of those technologies. The TBG programme is exploiting the technical knowledge and lessons derived from development and flight testing of previous boost glide systems, including the Hypersonic Technology Vehicle 2 (HTV-2).