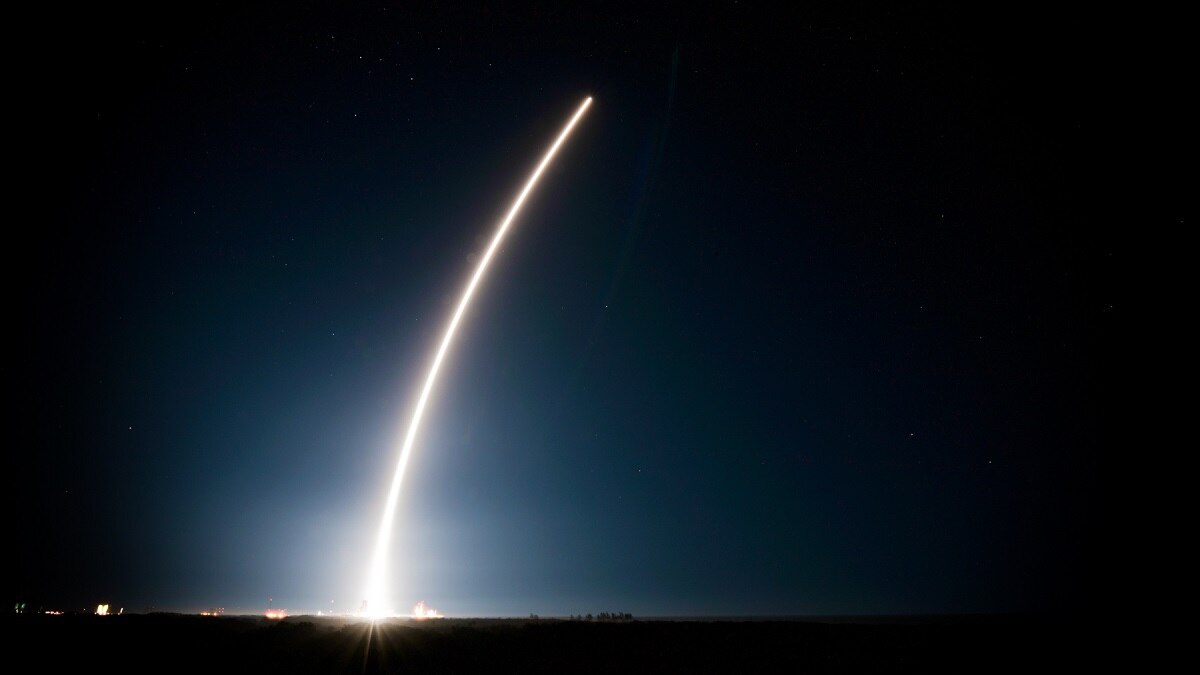 “In other words, we cannot active defense our way out of the problem sets. We simply don’t have the money, capability and capacity,” Evans said, adding the focus instead should be on developing passive defense, non-kinetic capabilities, tactical operations and Command, Control, Communications, Computers (C4) network architectures.

“Missile defense is part of the holistic continuum of offensive and defensive warfighting integration,” he said. “It requires a global network of sensors, all-source intelligence, integrated fires — both left and right of launch — lethal and non-lethal and ballistic missile [C4] and intelligence. That is what is going to address today’s and tomorrow’s threats.”

Being able to see the threat from left-of-launch all the way through its possible path is crucial, he said, which is a current shortfall. “We have to develop a space-based sensor architecture that can provide persistent tracking and discrimination. To get there, we may have to re-prioritize our resources on the research and development side to stay ahead of these emerging threats that we face,” like hypersonic missiles, Evans said.

Much of the growth in missile defense will come from areas other than hit-to-kill, kinetic, active defense, he said. “When you consider research and development cost and potential available solutions, there is more value potentially from pre-launch boost phase intercept, cyber and passive capabilities.”

This becomes even more critical as adversaries are able to better deny access in contested environments, according to Evans, and develop missiles, like hypersonics, that are much harder to detect after its initial phase of flight.

Missile defense capabilities that U.S. Strategic Command is particularly interested in are “hypersonic glide vehicles, boost-phase killers, improved sensors, better radars and kill vehicles, more capacity across the spectrum and, if we can squeeze it in, directed energy,” Evans said.

Newly nominated to become the next U.S. Space Command deputy commander, Lt. Gen. James Dickinson, who serves now as the commander of Army Space and Missile Defense Command, echoed Evans during his speech at the SMD Symposium.

“We are heavily invested in solutions that are costly and risk is high,” he said. “For comprehensive missile defense, we need to strengthen and integrate other elements including defeating adversary missile systems left-of-launch or shortly after launch, layered approaches to include cyber, electromagnetic spectrum and possibly directed energy and we also need to consider and remember that there is no silver bullet to defeating these threats.”

Dickinson advocated for the rapid development of a space-based sensor layer, which DoD officials have been pushing for for several years but without much financial backing or robust plans.

In March, DoD stood up the Space Development Agency to develop the next-generation space architecture to enable military operations, Dickinson highlighted. SDA’s initial focus, he said, is building a communications and data transport layer in Low Earth Orbit. It has launched a prototype effort called Proliferated-LEO, which draws from the Defense Advanced Research Projects Agency’s Black Jack program and plans to demonstrate a 20-satellite constellation.

The constellation would be helpful not only for missile defense but also in providing position, navigation and timing in GPS-denied environments and to even guide long-range precision fires to targets.

The Army’s satellite development programs — Kestrel Eye and Gunsmoke — will be part of the LEO capability, Dickinson noted.

Industry is thinking about solutions that would fit the bill for capabilities that would allow missile defeat left-of-launch and provide more passive defense as well.

Lockheed Martin’s Paul Lemmo, who heads up Lockheed’s integrated warfare systems and sensors, said at the symposium that the company is looking at how to address left-of-launch. One solution could be the use of an F-35 Joint Strike Fighter as a missile defense detection sensor, which could then communicate the data to the missile defense command-and-control system, which could then pass that data to a kinetic or non-kinetic defeat solution.

“I think that is how you are going to get at those kinds of capabilities,” he said.