By: Matt Donovan and Will Roper 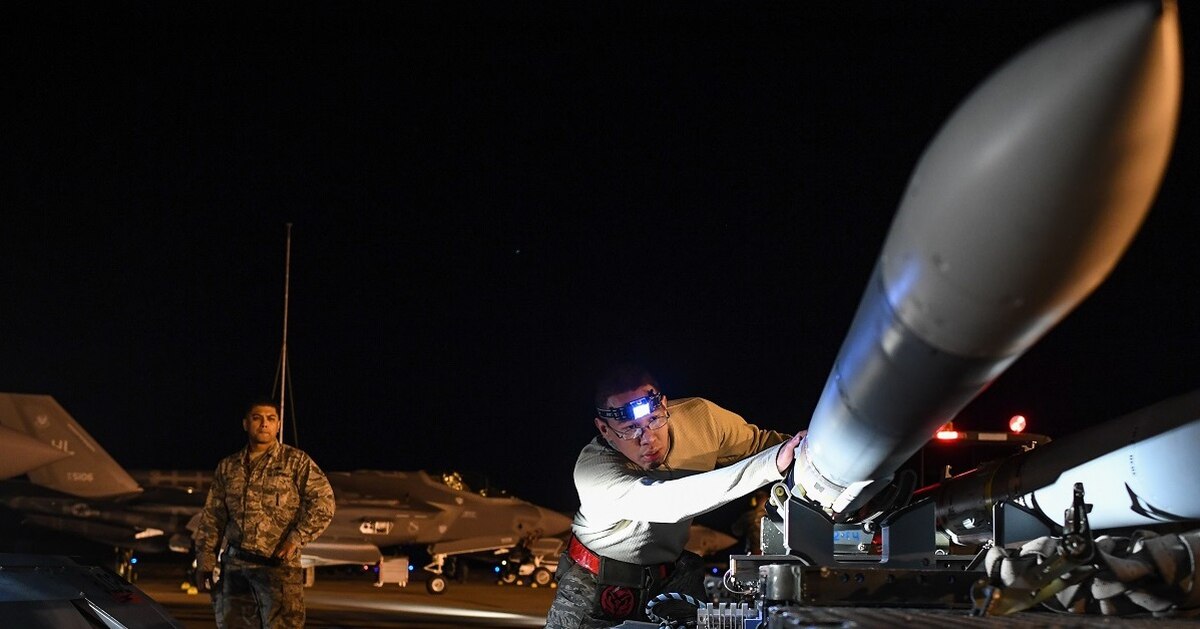 Military weapons procurement probably doesn’t pop up in casual conversation at your dinner table. Rules governing it are as complicated as the modern war-fighting systems we build, making it a field that literally requires its own university at Fort Belvoir, Virginia. Should you choose to slog through the 5,000-page “how-to” manual for military purchasing, you’d get a close-up look at the sclerotic process used to build supersonic fighters and stealth bombers. It would seem more suited to a Monty Python skit than as a recipe for building a world-class military.

In previous job assignments, the two of us met frequently around a small Senate conference table filled with people devoted to fixing our crippled acquisition process. One of us on staff in a reform-focused Senate Armed Services Committee and the other running the Pentagon’s premier prototyping office, we brought unique perspectives to a team that ultimately gave birth to a new acquisition fast lane called Section 804. It’s been a pleasant surprise to find ourselves now responsible for implementing it as senior leaders in the Air Force.

The beauty of Section 804 is that you could describe it on a bar napkin. It establishes a series of common-sense reforms: Begin prototyping earlier, nearly a year and half earlier than under the old system; give engineers more time for testing and troubleshooting; and keep flawed concepts from entering production and operations — a whopping 70 percent of any program’s total cost.

But aside from this fiscal common sense, “flying before buying” is accelerating weapons delivery for the men and women who fight our wars. The old slow-lane buying process demanded a mountain of Pentagon paperwork before the first dollar was spent and the first piece of metal bent. The Section 804 fast lane requires the same paperwork but phases it alongside early design and testing. Hanging up business suits in favor of lab coats and hard hats marks a return to an earlier age when the Air Force streamlined weapons development during the height of the Cold War. And Section 804 is producing results that would make our founders smile.

They’d also smile because we’ve delegated unprecedented decision authority over these programs to our officers and their civilian counterparts in the field, putting power at the edge where real work happens. We challenged them to find and trim 100 years of schedule “fat” induced by overthinking processes, unnecessary paperwork and risk aversion to sometimes necessary incremental failures. The schedule fat has been cut in less than a year. According to Air Force Chief of Staff Gen. David Goldfein, running an Air Force program might be the best job in government right now.

In certain quarters of the Pentagon and Congress, resistance persists. “Too much, too fast or too soon” are concerns easily voiced in government. From where we sit, however, there’s an unmistakable culture shift — centered on speed with discipline — that is accelerating aircraft, satellites, weapons and software development. The airmen leading them should be applauded, not harangued. Less than one and a half years into implementation, it is far too early to abandon a successful experiment, as some are now proposing. Radical change is precisely what the acquisition slow lane needed.

With the nation’s new focus on great power competition with China and Russia, the 804 reforms are more necessary than ever. China and Russia are not going to wait around for our laborious acquisition process as they quickly develop new capabilities. We need to field our cutting-edge technology when it is still cutting-edge.

When the two of us sat around those congressional conference tables debating how to fix our glacial weapons-buying practices, neither of us could have envisioned the incredible improvements that these common-sense reforms have ushered in.

The Air Force is returning to its roots of designing, building and fielding cutting-edge systems using the same old-school mindset that put the Apollo astronauts on the moon. We know defense acquisition will probably never capture the public’s imagination like the space race, but we hope that “smart” fighters, networked swarming weapons, hypersonic glide vehicles and “transformer helo-jets” now under development make you proud of the Air Force that’s soon to come. Now — thanks to Section 804 — it is coming to a base near you. Soon.