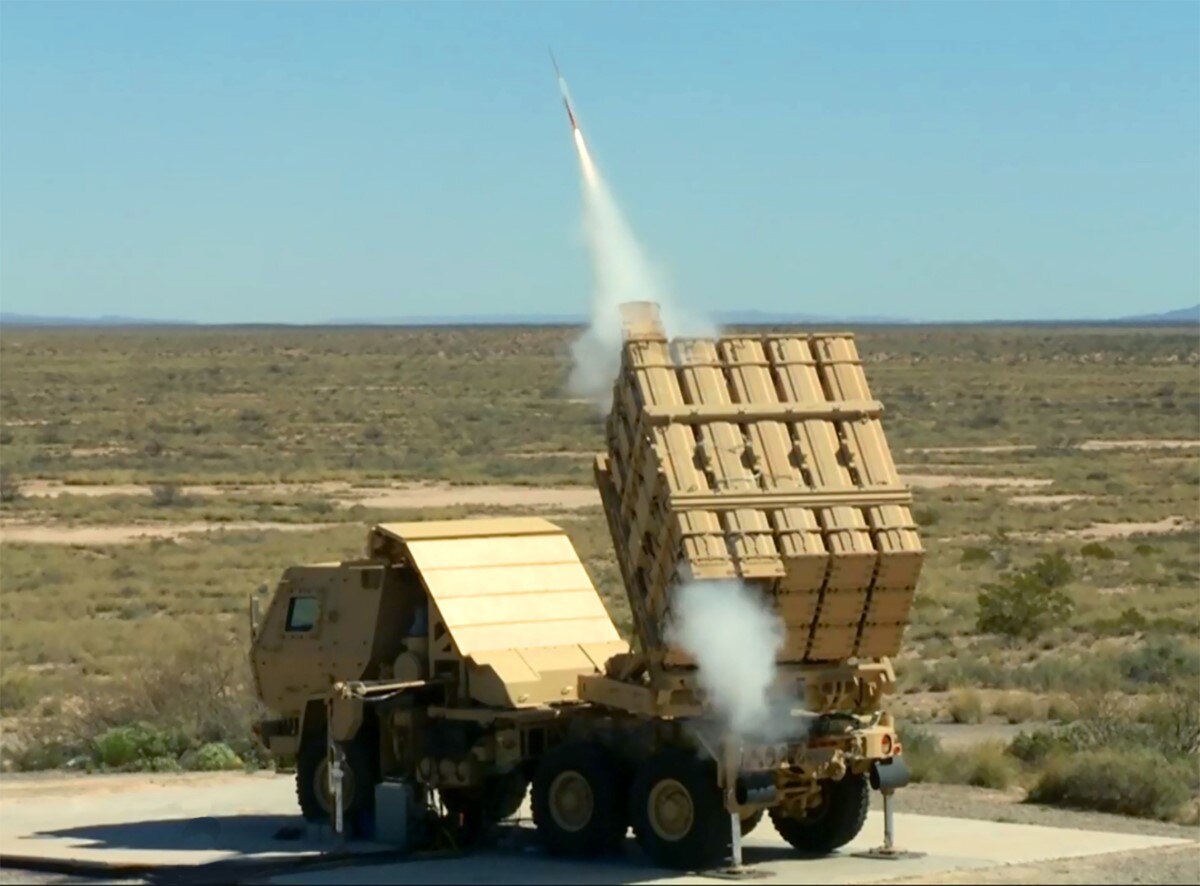 HUNTSVILLE, Alabama — The Army is planning to field a high-power microwave capability to take out drone swarms as part of its Indirect Fires Protection Capability system in development.

Through the Army’s Rapid Capabilities and Critical Technologies Office (RCCTO) the service is looking to get the capability fielded to a unit by 2024 with a demonstration of the capability planned in 2022, the RCCTO director said August 7 at the Space and Missile Defense Symposium.

RCCTO’s job is to serve as a bridge between the science and technology community and the program executive offices, helping bring technology out of development and into soldiers’ hands, first on a small scale and then a larger scale when passed off to program offices. The RCCTO right now is focused entirely on hypersonics and directed energy weapons.

The IFPC system is being developed to counter rockets, artillery and mortar, as well as cruise missiles and unmanned aircraft systems, and the means to do that would be through a system featuring multiple types of missiles and also a laser capability to take out threats. Adding lasers to the mix means decreasing the number of expensive shots that would be taken against very inexpensive weapons.

The Army is working to initially field a 100-kilowatt laser capability on a Family of Medium Tactical Vehicles as part of the IFPC program with a plan to demonstrate the capability in 2022 and then field prototypes to a unit. And the RCCTO is also looking at how to field even more powerful lasers for the IFPC mission between 250 and 300 kilowatts.

But the service recognizes it might be easier to disrupt the flight of multiple drones at once rather than try to take out each one with a laser.

“Lasers can do things but if you are a combatant commander, there is a toolbox of things you need to be successful on the battle space,” Thurgood said. “It’s not just one tool but a series of tools.”

So the program is teaming with the Air Force’s effort to develop a high power microwave capability, he said. The Air Force will do the research and development work, but the Army will supply them with funding to build prototypes.

The goal is to demonstrate a high-power microwave capability in 2022 and then field the capability to a small unit, much like what the RCCTO will do with the IFPC high-energy laser system.

If the laser and high-power microwave capability both work well in small units, then they will transition to programs of record within the IFPC program, Thurgood said.

Earlier this year, the Army awarded a contract to Dynetics, who is partnered with Lockheed Martin and Rolls Royce, to build the 100-kilowatt laser system for IFPC.

The Army is also rapidly fielding a 50-kilowatt laser on a Stryker. Raytheon and Northrop Grumman are competing to build the system and, in FY21, the two lasers will be tested on difficult threats. The service will choose on to build prototypes that will be fielded to a Platoon in FY22.